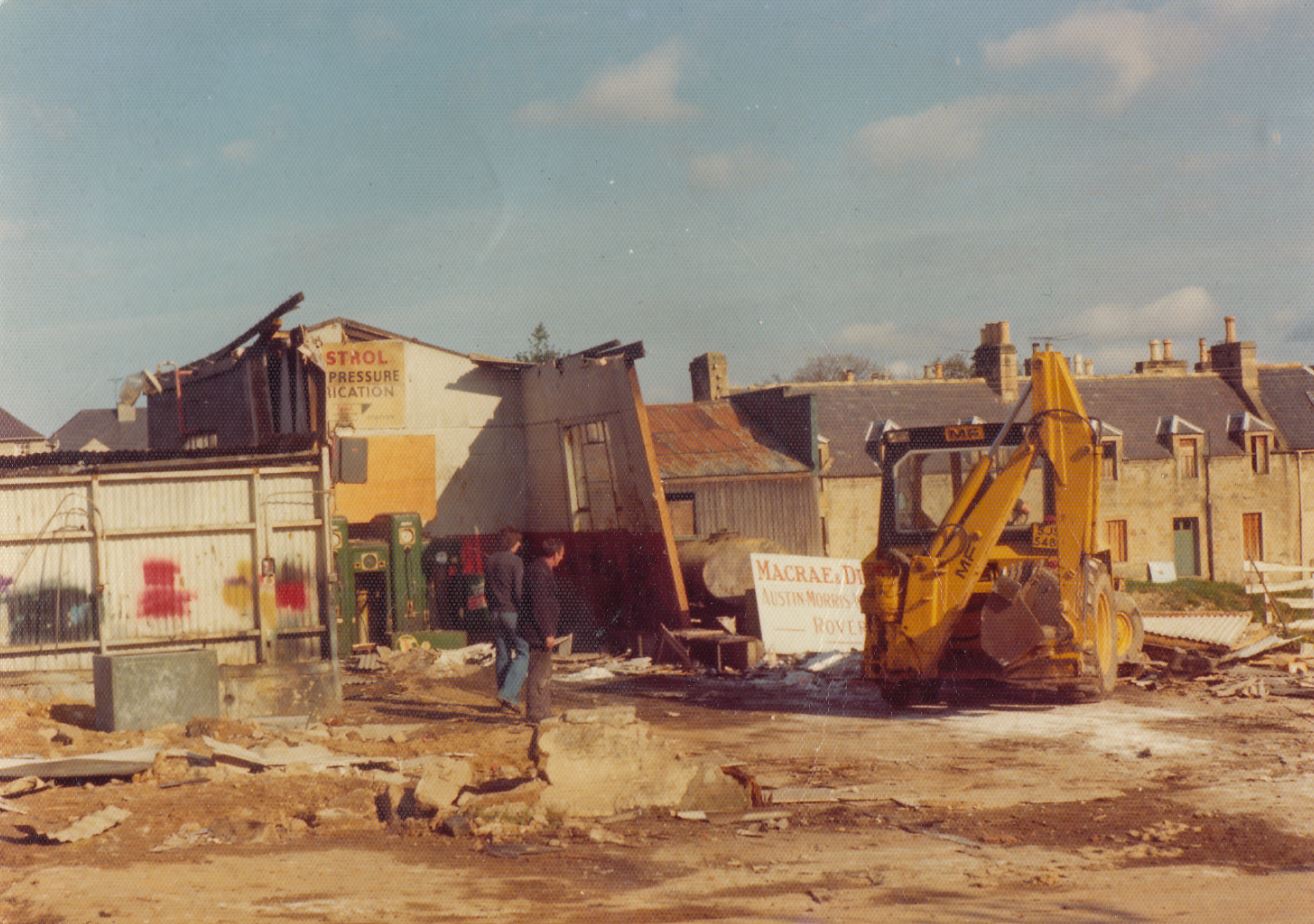 A wee poem called "In Praise of Tain"
in the style of McGonagall. (Wow, it's awful.)

O Beautiful Ross-shire Burgh of Tain
We would search the whole wide world in vain
To find your equal in beautiful worth,
O picturesque Tain by the Dornoch Firth.

Tain is an ancient and Royal Burgh founded in days of yore
possibly by that famous Monarch King Malcolm Canmore.
But this could be gainsaid
For Rutherglen claims to be the oldest Royal Burgh instead.

But of all the Northern towns, Tain is the most beautiful to behold
In its many shops in the High Street many lovely goods are sold.
Tower Street is renowned for its Baronial Architecture.
And the Town Hall a masterpiece, I would conjecture.

As for the Gothic Church, founded in the reign on King James the third.
It is a most suitable building for preaching the word.
Then, of course, there is the very ancient St Duthac’s shrine
Visited by his successor, King James the Fourth, in fifteen hundred and nine.

With the recent discovery of North Sea Oil.
Many places in the Highlands have suffered a certain amount of spoil.
But Tain has not known the same degree of ecological tension.
As other places we could mention.

As a Holiday Centre, Tain is worthy of acclaim.
You can travel to it by road, or alight at its Station.
The Railway through Tain used to be known as the L.M.S
And provides a direct link to Thurso and to Inverness.

Also the countryside is most picturesque around Tain.
You can climb above the town to the Inn at Aultnamain.
And from the vantage point at Struie, look over the water to the hills of Sutherland.
This whole panoramic view surpasses that in any other land.

So whatever else to the contrary you may be told
Be assured that Tain is the most beautiful town in Ross-shire to behold.