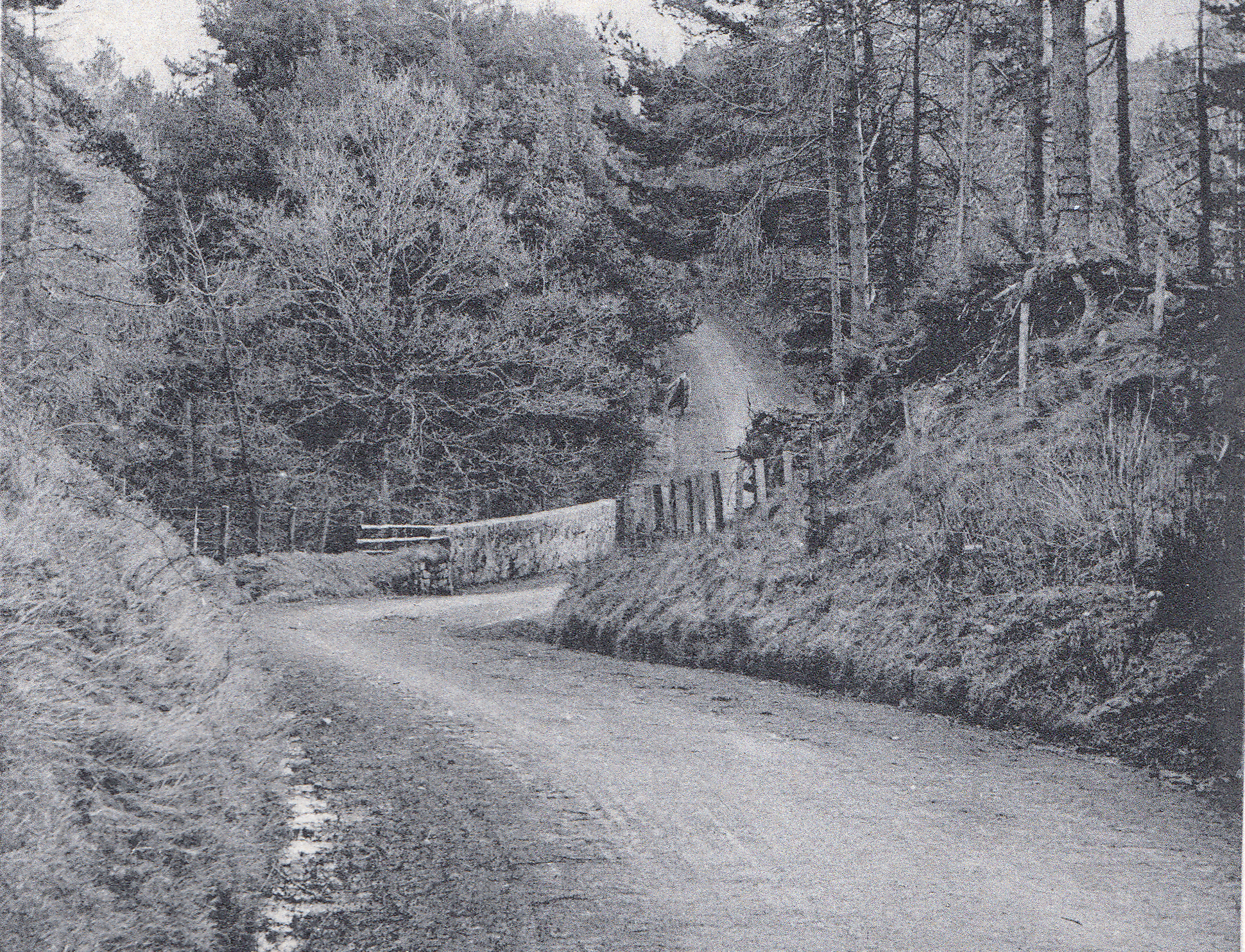 The Tragic Story of ‘Daft’ Jess from Ross-shire Memories and Sketches by D Munro Mackenzie, 1899.

Now I will tell you a sad and romantic story in connection with Quebec Bridge which stands about two and a half miles above the town of Tain. The bridge spans a narrow and heavily wooded gorge at the foot of the glen through which the Tain River flows into the Dornoch Firth. On the roadside near the bridge there once stood a small house, roofed with turf, in which lived a young widow called Jess Fraser. Her husband, a farm servant, had died shortly after their first child was born, and left her no means of livelihood. But Jess had a brave heart and managed to support herself and her child by working in the fields.

She was a woman of strong passions, melancholy, and poetic, and these traits of her character had been developed and strengthened by the loneliness of her life. After her husband’s death, she had no one to love save this little child, and she so loved him with the whole intensity of her nature. She was a daydreamer, and her dreams were all of Davie; she worked in the fields, her mind full of all the while of tender thoughts of her child. She had grown indifferent to religion; she had ceased to fear the stern Calvinism of the Church. To her, heaven meant that her child was in her arms, and her worst conception of hell was a world without Davie.

One evening, in November, the story goes, Jess was returning from her farm work, carrying her child, who was about two years of age. There had been heavy rains; the Tain River was in flood and came rushing and boiling down through the gorge spanned by the bridge, lashing its yellow waters into foam as it toiled along its channel of rock. As Jess reached the bridge the poetry of her nature was stirred by the weird magnificence of the scene. Darkness was coming on; the leafless trees were straining and moaning in the rising wind, and, fifty feet below, the river roared and leapt among the boulders, screening its wild beauty with a veil of spray.

Holding her boy in her arms, Jess leaned on the parapet of the bridge, and so rapt did she become in the scene before her that she did not observe that two men were also watching the river from the parapet. Suddenly the boy, making a quick movement, fell from her arms, and, with a wild cry of terror, went hurling down to the rocks and the surging water. For a moment the woman did not realise what had happened, then she uttered a wail of anguish, and attempted to throw herself over the bridge, but the two men prevented her.

That night she was confined in one of the cells in the Old Tower of Tain but was soon liberated; she returned to her house near the bridge and resumed her usual work. But she worked under a new name; she was now called ‘Daft Jess.’ As she would spend whole hours gazing over the bridge, where the boy had fallen down and sometimes speaking and smiling as if he were still by her side. About a year passed, and the winter again came round.

One night during a great storm Jess lay awake in bed, listening to the fury of the wind and the roar of the swollen river. Suddenly she sat upright. It seemed that a cry was coming from the bridge-a strange cry that grew louder and shriller with every blast of the storm. The wind was veering to the northeast, and at that angle, it whistled mournfully in the arch of the bridge. And as it blew through the barren trees, and veered further northwards, there came in a great gust a shrill cry like a human cry of terror.

In that moment Jess’s mind seemed to regain its spring; she jumped out of bed in wild excitement and hurried to the bridge, calling out as she went, “I’m coming, Davie.” As she approached the bridge there came another cry of the wind, but Jess heard only the death cry of her boy. There was no one at the bridge. Davie was crying for his mother, and she went to seek him, crying again as she leapt from the parapet, “I’m coming, Davie.”