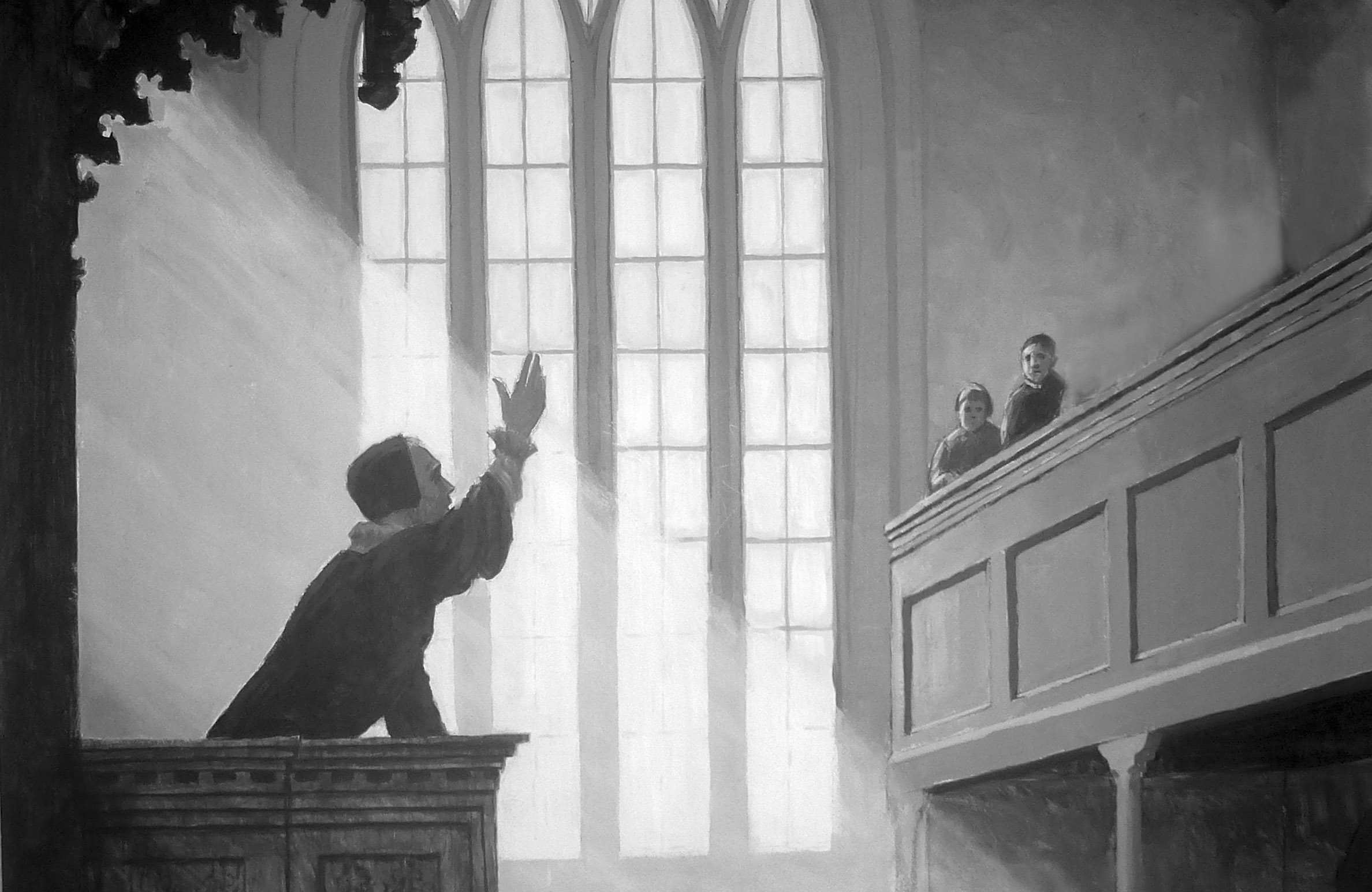 A tale of Halloween at Tain, from Ross-shire Memories and Sketches by D Munro Mackenzie, 1899.

We are all aware, I have no doubt, how Hallowe’en is celebrated in the northern towns and villages. Probably most of us at some time in our lives committed outrages more or less terrible in collaboration with this ancient institution, which is said to have come down to us from the remote time of the druids. I will therefore attempt no description of Hallowe’en but of an incident that occurred about 50 years ago at the time of the disruption.

There were in the town a number of young men who cared little for church on Sunday, about a dozen in number, they called themselves the “Freethinker’s Club”. The ringleader of the club was a young man named Matthew Gordon-a strong and vigorous character, who had drifted into mischief.

The last days of October were drawing near, and the Freethinker’s Club were wracking their brains to devise a sensational programme for Hallowe’en. They were growing tired of the normal tricks, like breaking windows, the rushing of vehicles through the street, the smoking of houses, and the inane brandishing of cabbage bludgeons. And it was in the mind of Matthew Gordon that a brilliant idea presented itself. He proposed that the Club should break into the old church and hold a mock service. Although the plan, somewhat frightened the other members, ultimately Gordon had his way.

And so on Hallowe’en, the young men obtained entrance to the church, and Matthew Gordon slowly climbs the ancient pulpit steps. There was a faint light in the church, and he could see his comrades sitting below in the elder’s seats. He had a bible in his hand and began turning over the leaves. “We will begin the public worship of God, my brethren,” he said in mock solemnity, “by singing ‘Willie brew’d a peck o’ maut!”  This caused a roar of applause; for a moment the lads forgot where they were, and the song was sung with a heartiness and vigour seldom heard in a church.

Then their leader rose in the pulpit, clasped his hands before him, and said, “Let us pray, my brethren.” The laughter was hushed in a moment; the words seemed to bring a sense of shame to the lads, but the leader still saw the fun in the thing and began to pray. I will not repeat all he said; most men would tremble to do so. For a time he went on with his mockery, while his audience was shuddering at his words. But soon his own voice, too, began to tremble, the joke for him passed away, and his tone grew earnest and sincere.

“O Lord,” he cried in a voice broken with emotion, “we have come into your house to scoff and to jeer; we have taken Thy name in vain, we have desecrated Thy Holy Church, and Thou hast brought us face to face with our sins. Have mercy on us, for we are weak and blind.” He paused for a while, breathing heavily, and then again his pleading words rang through the still and eerie church. “And as for me, O Lord, I have planned to commit this sin against Thee, I have led others astray, but if Thou wilt, I will teach to others what Thou has taught me this night; I will carry Thy word to the dark places of the earth where Thy light has never shone; make me worthy Lord and I will serve Thee faithfully till I die. Amen.”

Gordon then came down from the pulpit and stood among his friends. One of them tried to pass the matter of as a jest and asked him had he seen a vision. “Yes,” the young man answered, “I have seen a vision of the most terrible I could have seen-I have seen a vision of myself.” He asked them to join him in singing the 23rd Psalm before they left the church. And the psalm was willingly sung, though not so loudly as before.

Matthew Gordon spent his life, as he had vowed, in the service of God; that night he saw before him the path he was to-tread a path of danger and darkness, and solitude-yet he did not flinch. He lived and died in a foreign land, fighting the good fight, seeking not the praise of men. A fervent spirit-a hero unsung by poet and forgotten by the world.