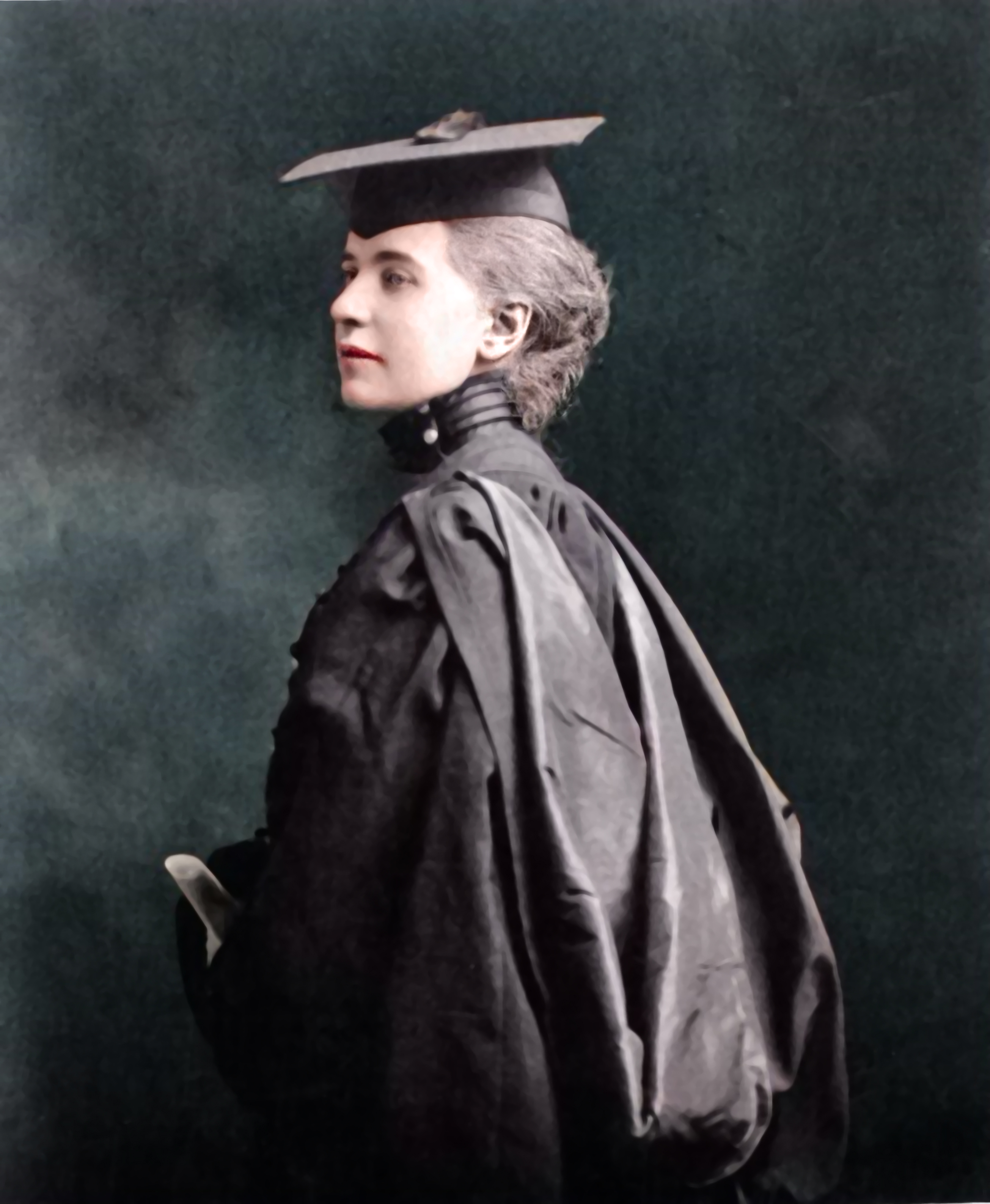 The remarkable story of Tain's Dr Elizabeth MacBean Ross who was one of the first women doctors in Britain and selflessly gave her life to help during the catastrophic outbreak of typhus in Serbia during World War I.

Every St Valentine's Day in the Serbian town of Kragujevac the people hold a commemoration at the graves of three young women who died over one hundred years ago. One of these young women was Tain’s Dr Elizabeth Ross.  A remarkable lady who is little know in her home town of Tain but regarded with great admiration in this small Serbian town. Elizabeth died of typhus in a military hospital in Kragujevac, where she had been treating Serb First World War casualties. Yet today her name in Serbia is a byword for courage and bravery, emblazoned upon street signs, taught to schoolchildren, and celebrated every 14th February which was her birthday and also the anniversary of her death.

Elizabeth was born in 1878 into a progressive, adventurous family. She had one brother, James, who qualified as a doctor working as a Naval Surgeon during WW1. She also had four sisters, one was a professor of maths and science who spent many years in India, another became a secretary for an explosives company in Glasgow, a third, Lucy, also qualified as a doctor, working in York and the fourth became a farmer. The family still own a house in Tain called Everest, a possible link to Elizabeth's sisters time in India.

After attending school at Tain Royal Academy, Elizabeth went to Glasgow to study medicine at Queen Margaret College when she was 18. This was in 1896, just two years after the first woman medical graduate, Marion Gilchrist, had her degree conferred. Elizabeth was one of the pioneers for a generation of determined, often very bright young women doctors who had to put an extra effort into acquiring their education in the face of many obstacles.

Adventurous spirit clearly ran in her veins, and she was soon on her way to Persia – now Iran – where she worked as an assistant to an Armenian physician, before setting up her own practice. While there she spent time in the Iranian mountains working with the powerful Bakhtiara tribe, who were so impressed with her they made her a chieftainess. Part of her job during this time was to be a doctor to a harem of women. Elizabeth was an unconventional person and highly resourceful. She had many adventures and was once lost in the desert and robbed by brigands, requiring Government assistance to reach safety. She wrote a book “A Lady Doctor in Bakhtiara Land” telling of her travels in Iran.

Her work in Persia was interrupted for only brief periods, once for a short convalescence at home, and once to take up an appointment as a ship's surgeon, travelling to the coast of India and Japan. She is now widely believed to be the worlds first female ships' surgeon.

Persia called her back, however, and she returned to work there until the outbreak of the Great War.

At the beginning of the war, Elizabeth responded to an invitation from the Russian government, to serve in Serbia. During the winter of 1914-15, a deadly typhus epidemic had broken out killing over 120,000 Serbs, including a third of their doctors.

Elizabeth volunteered to work in a fever hospital in Kragujevac. Conditions were grim, the hospitals were overcrowded; there was insufficient food and heating, wards and patients alike were filthy and there were no trained nurses. She worked day and night to improve the patients' lot but was soon infected herself. She was cared for by members of the Scottish Women’s Hospital who had recently arrived in Kragujevac but died on the 14th February 1915 on her 37th birthday.

A letter from Miss Helen McDougall tells the brief sequel. "We met Dr. Ross on her way upcountry at Nish; as one of our doctors knew her well, she spent quite a while with us in the evening while we were there... She used frequently to come over and have tea with our unit and tell us all about her work. We all got so interested and I must say appalled that one after another we went over to see her typhus block. One afternoon another member of the unit and I went and we shall never forget our visit... It would be very difficult to realise the terrible odds against which this brave woman was fighting and I may say her one cry was how little she was able to do. When we went in, she welcomed us warmly but was very loath to show us around. Again and again, she said, "Are you sure you are not afraid?" When we were leaving, I turned and said to her, "Oh Dr. Ross, how can you go on here?" She only answered, "Six of the doctors are down and who would look after them if I left?".... A few days after this, we heard that she was down.

In 1977, the local Red Cross in Kragujevac was given some money and decided to use it to restore Ross's grave. She is buried next to two British nurses who also died in Serbia of typhus, Mabel Dearmer and Lorna Ferriss. Altogether, 22 British women lost their lives to typhus in Serbia during the First World War, attempting to aid wounded soldiers.

In the early 1980s, after the graves had been restored, the town started holding commemorations at the graveside, and over the years they began to gather momentum, attracting bigger crowds, and becoming an important date in the town's calendar. Meanwhile, similar celebrations started to spring up across Serbia. The ceremony now attracts hundreds every year, including a wealth of local dignitaries. The youth movement of the local Red Cross is now the Dr Elizabeth Ross Society, and every year its members attend the ceremony wearing T-shirts with Ross's graduation picture emblazoned on the front. Elsewhere in the town, there is even an Elizabeth Ross Street. It is a remarkable canonisation for a woman who felt she was just doing her job.

Recently the British Embassy has teamed up with Serbia Post to release a set of stamps to celebrate the efforts of the Scottish heroines who risked their own lives to aid the Serbians during WW1. Included amongst these brave women is Tain's Dr Elizabeth MacBean Ross.

More information and photo's of Dr Elizabeth Ross and her family can be found at the Ross and Cromarty Heritage website from an album put together by her niece Mrs Edith Ross of Tain.