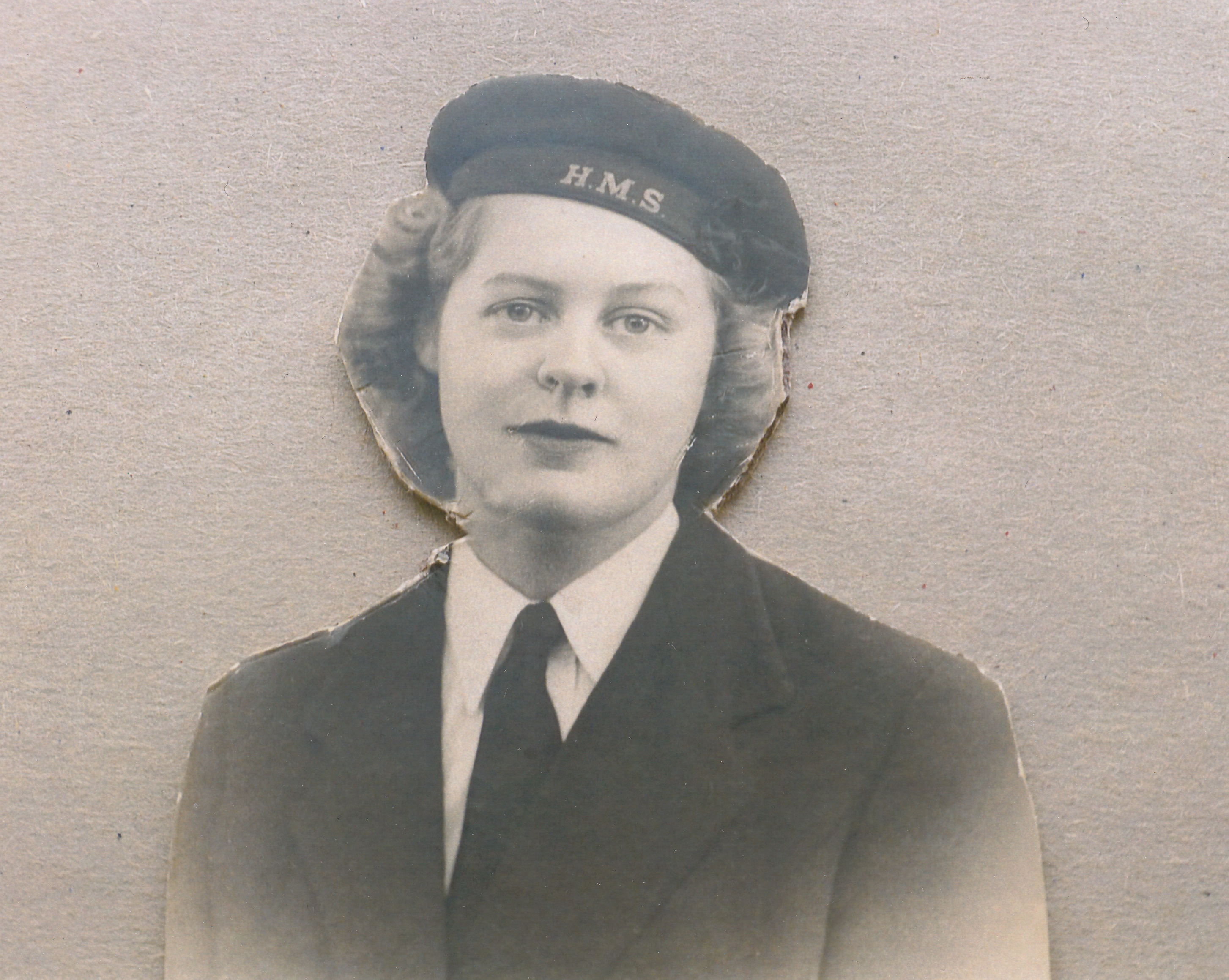 Nearly all personnel posted to R.N.A.S. (Royal Naval Air Station) arrived and departed from Fearn railway station. They were met by a utility van nicknamed, “The Tilly”, an army-style mini bus – basic but much loved.

The Tilly took us to the shops in Tain where we spent our clothing coupons, and a special treat was a picnic on a free day.

The Wrens in our section (Photographic) were given a bicycle – very heavy and old fashioned, but necessary to work between the two airfields and to visit the NAAFI in spare time.

The Wrens were housed in long Nissan huts with two-tier bunk beds at each end.  In the centre was a wood-burning stove surrounded by an area for sitting and relaxing.

Sometimes on a cold winter night, one of us would be delegated to go to the galley to beg for large slabs of bread and dripping – what a treat!!

The purpose of Air Crew at R.N.A.S. Fearn was not disclosed.  Anson planes were flown.  Cameras loaded with film were mounted on the plane by the ground crew.  At the end of the mission, the film was brought to our section for developing and printing, and then returned to aircrew.

Regular dances on the base were popular, organised by ratings, but officers often attended.  Small groups of RAF manned lookout posts along the coast, they would cycle many miles at night to join the dancing.

During seventy years much has been forgotten, but I hope these reminiscences will be of interest.