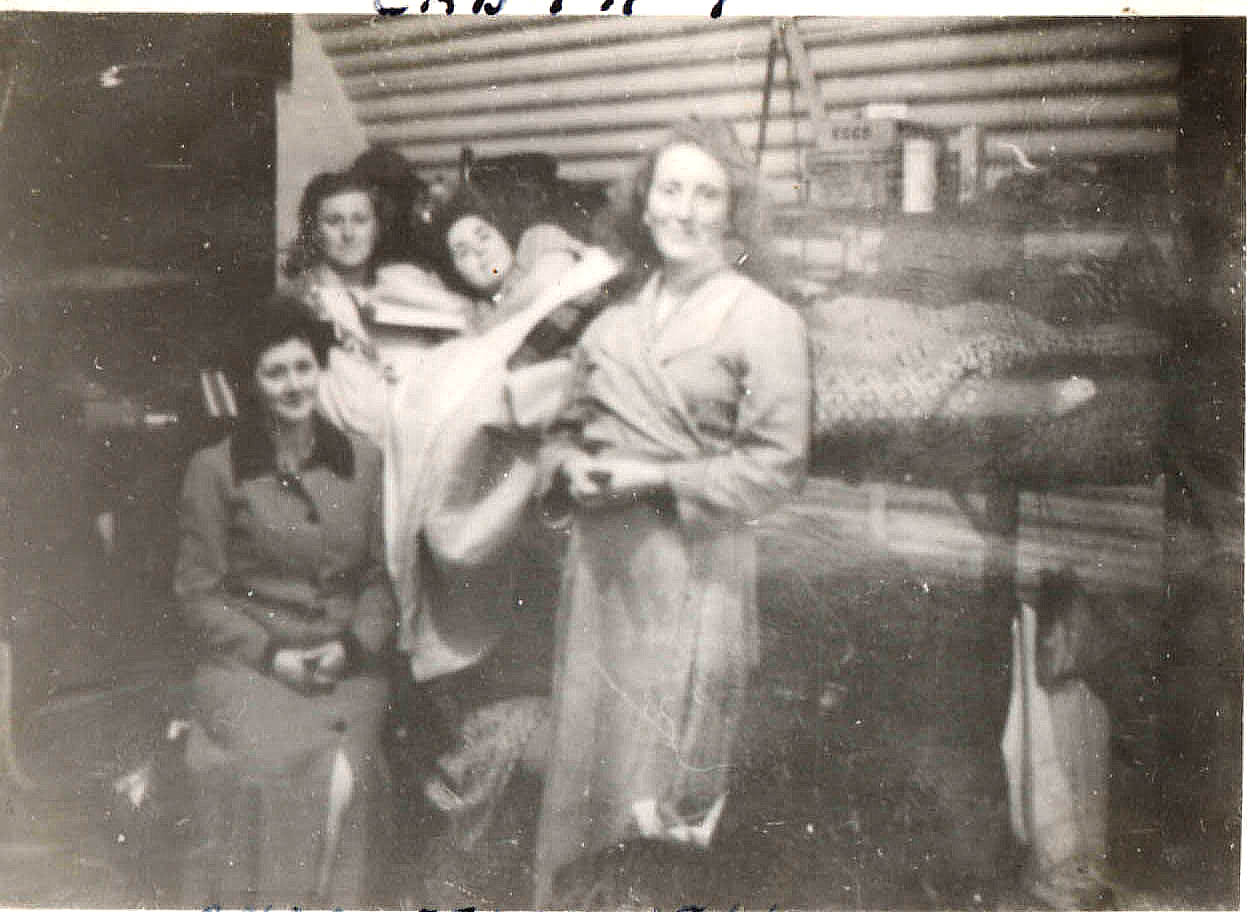 She spent two weeks at training camp in Dunfermline before being posted back north.  She arrived at 11pm at Inverness railway station too late for her connection north to her posting at Novar House.  She was given overnight accommodation in Inverness, where she spent the coldest night of her life.  In the morning she was told her posting had changed to Invergordon which made her happy, she recalls thinking “oh good! I know where I am”.  The Wrenery in Invergordon was in commandeered houses on the High Street where she stayed for a fortnight before being posted to Fearn Naval Base.

At Fearn, her job was to cook in the Galleys which were located to the northeast of the main airfield.  She was not normally authorised to access the airfield, but Donetta did visit on one occasion.  She recalls that she had given a man a meal out of hours and was sent “up in front of the Captain”.  She was “shaking in her shoes” but in the event, he “couldn’t have been nicer”.

The Wrens cooked for the personnel at the base.  The numbers they fed varied depending on the squadrons on base at the time.  Donetta recalls one particular Christmas when there were 740 mouths to feed.  They managed to give them all a traditional turkey dinner, although Donetta was extremely worried that she would run out and someone would get corned beef!  The meals were good, with meat, vegetables and potatoes.  There was soup every day made with split peas and anything that would go through a mincer.  The meals were cooked in huge boilers with fires underneath.

Donetta recalls that the Wrens were “all nice lassies” and that there was also time for entertainment.  Sometimes a bus would run them to the pictures in Tain, and there were dances on the camp.