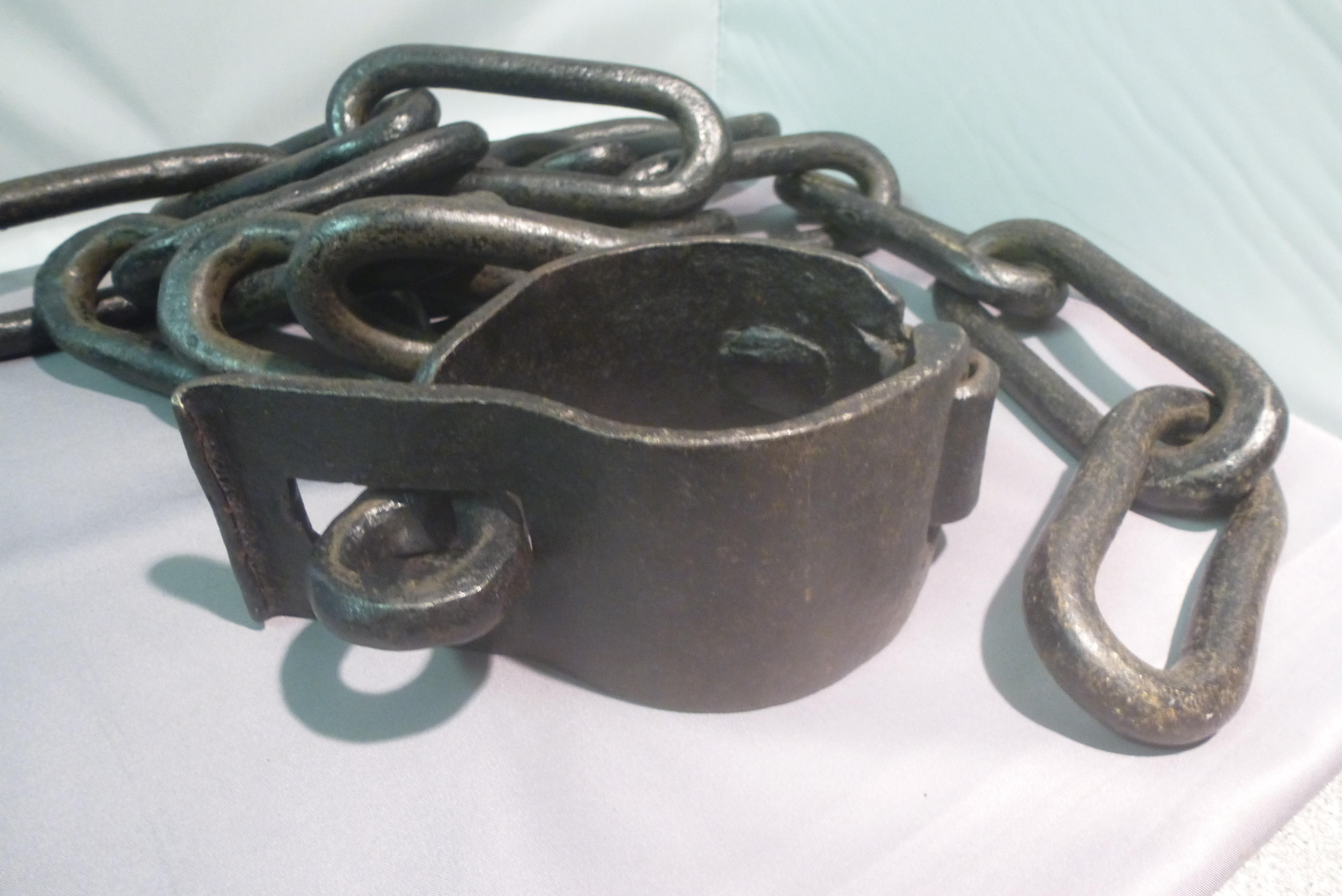 During the night of Saturday, or morning of Sunday last, three young men, Irishmen, of the names of Alexander Leitch, David Harrington, and John Macmillan, effected their escape from the jail of Tain by breaking through the walls. They were confined in different apartments, separated from each other by a stone wall or flooring, their feet fastened in irons(pictured), and two of them hand-cuffed, and in these circumstances, it is next to impossible that without assistance from others, they could have effected their escape.

A stone in the chimney of the middle apartment was forced in, the flags in the first and third rooms raised, and the padlocks attached to the irons in which the prisoners were chained, broken off, by which means they contrived to meet in the middle room, whence they made their escape by dislodging one large stone at the chimney place, where the wall is only about two feet thick; and by means of knotting their bedclothes together they descended to the street, nearly 20 feet below.

None of the holes made which they passed, Was more than a foot square. Each prisoner as we have stated, was handcuffed and confined with a strong iron chain fixed to the wall, but this proved no impediment; and it is supposed that two of them, who were manacled more securely than the others, have eloped hand-cuffs as they were. The Gaol of Tain is said, and perhaps justly, to be one of the most secure in Scotland; and it will still be reckoned such. When it is considered, that it has kept confined for six weeks, three individuals, one of whom had baffled the Calton Hill in less time, watched and surrounded as it was with police during; all the hours of the night. The Magistrates of have offered a reward of Ten Pounds for the apprehension of each of the culprits, and it is hoped that officers of the Law and others will use every exertion to bring them to trial and punishment. It is now ascertained, although not known at the time, that there were several suspicious characters in Tain on the Saturday proceeding, on their return from Brora market.