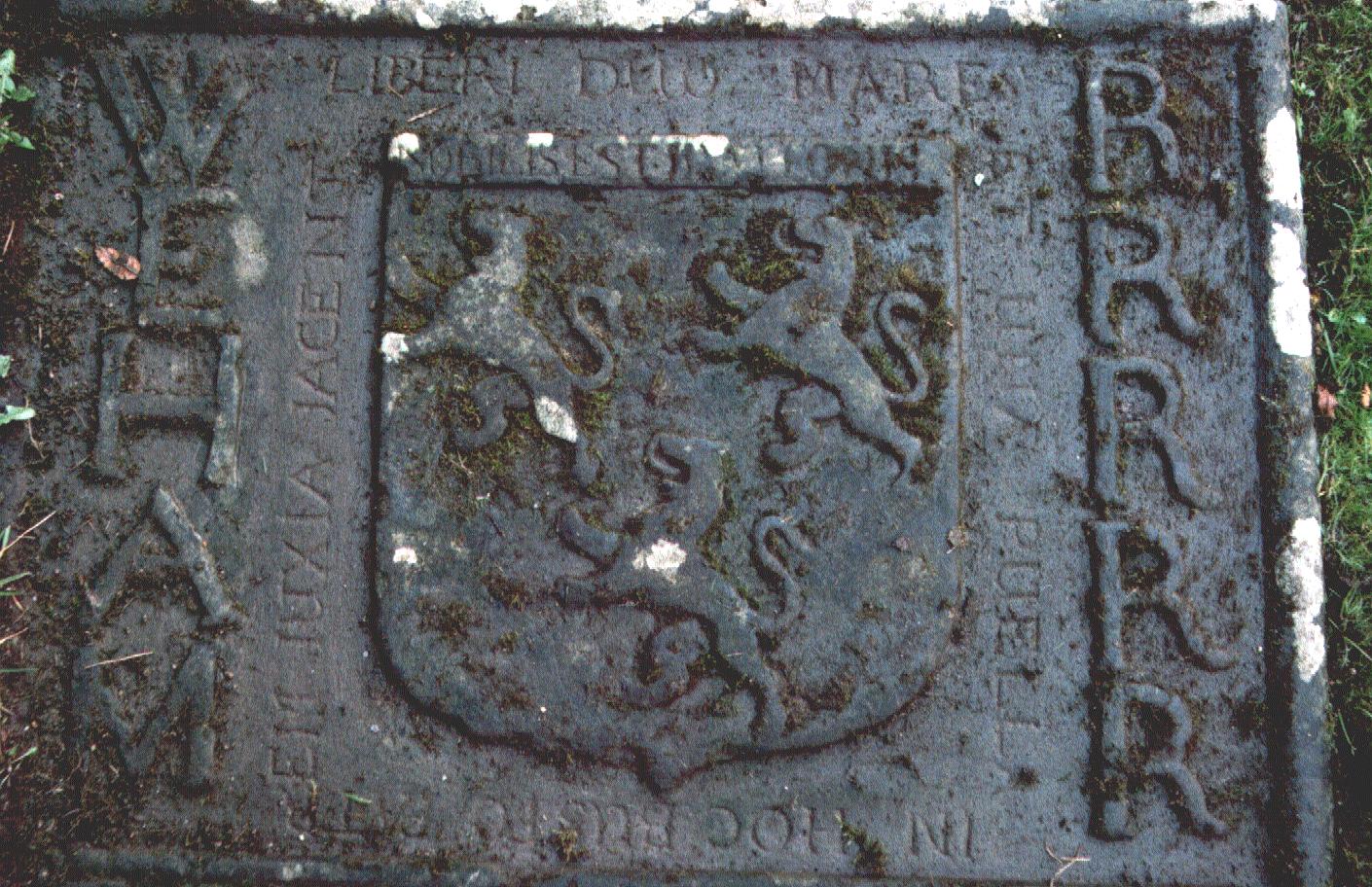 In June of 1676, David Ross the Laird of Balnagown and Chief of the Ross Clan attacked and 'cut with his whinger' his kinsman Walter Ross. A legal agreement in the Pitcalnie Paper records a meeting at Tain, the following month, where the Ross Clansmen bring their Chief to account by threatening 'to withdraw from following or serving him'.

On the __ day of June sixteen-seventy-six years, David Ross Laird of Balnagown did cut with his whinger(dirk or small sword) the head of his kinsman Walter Ross, Baillie of Tayne, in the house of James Hay late Baillie there, upon a. debate fallen out between them; and now seeing both the said parties are content and consent that the said act and what might follow thereupon, maybe rather than legally, amicably and Christianly mediate and composed; therefore, both the said parties do unanimously submit the decision and accommodation of the said act as said is, to the arbitrament and determination of the friends underwritten, mutually chosen and nominated by us to that effect: that; is to say;

And to that effect, we the said parties, David Ross of Balnagown as Chief and Walter Ross do hereby empower the aforesaid friends to appoint and propose not only between us but likewise, between me the said Laird of Balnagown as Chief and me the said Walter Ross as kinsman in the above-written act and consequences thereof and all other our kinsmen in time coming as to our respective carriage and behaviours in our several stations.

To which final sentence and determination of the above-written friends of the greater part of them to be pronounced betwixt and the day of sixteen-seventy six years, to be filled up upon the blank upon the back hereof, we the said Laird of Balnagown and Walter Ross bind and oblige us, our Aires, executors and successors faithfully to adhere to and perform the said discerning end decree arbitral in all points, under the failure of one thousand marks usual Scots money, to be paid by the party failing to the party willing to perform. And for the more security, we, the said parties consent to the registration hereof in the Books of Council or Session or any other books competent, to have the strength of a decree of other of their judicatories, that letters of horning and all other executorial needful may inform as affairs pass thereon; and to that effect constitute our procurators, Sic.

In witness whereof, we the said parties have subservient their presents, written by the said Mr Robert Ross, with our hands at Tayne the twentieth day of July seventy-six years, before their witnesses David McCulloch, Andrew Ross younger, merchant of Tayne, Lachlan Ross, merchant there, and Thomas Ross servitor to me the said Laird of Balnagown: Sic subscriber, David Ross of Balnagown. (&c.)

The arbitrators find that the “act of ryot or blooding" done by the said Laird of Balnagown on the said Walter Ross was the result of a mistake and groundless jealousy, and that having regard to the welfare of both parties, they cannot excuse the said act: They oblige the said Laird of Balnagown to acknowledge the wrong and injury done by him to the said Walter Ross, and to be more friendly for the future: And they determine that if any of the kinsmen of the said laird offend or injure him then the offender, real or supposed, shall he "conveened” before them, and the matter decided “by the sober advyce and counsell of us the said friends;”

And further, they resolve that if any friend be found to have done a real injury to the Laird of Balnagown, and shall not subject himself to the regulation of the said laird, according to the advice of the said friends, then they shall concur with the laird in reducing the “refractorie" person to order; “and in case he continue contumacious, that he be declared and held by the laird of Balnagown and his friends as a stranger.”