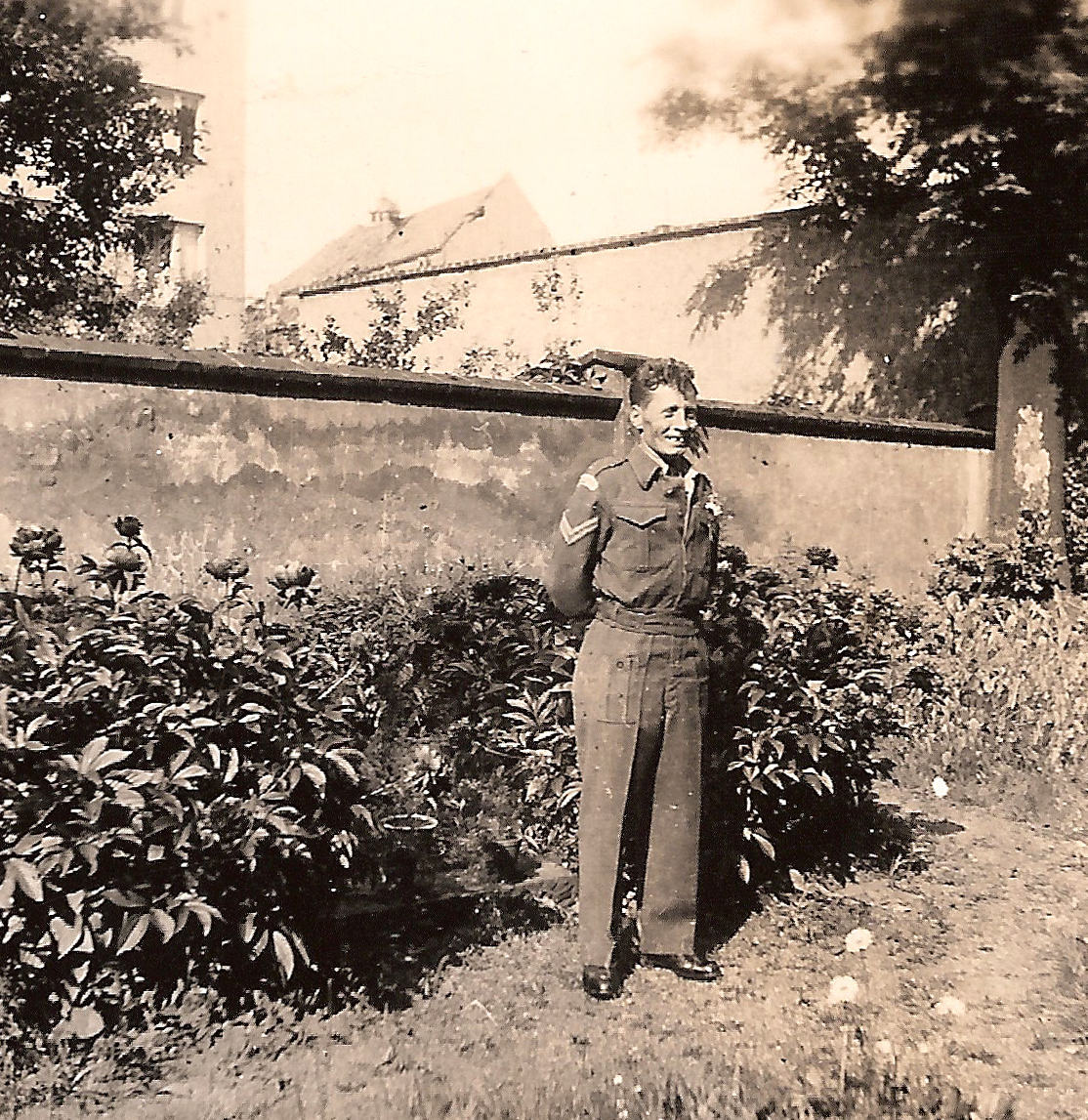 Robert James Sellar (Bobby or Bob) was born in Portsmouth on the 19th of October, 1915. His family moved to Tain in the 1930s and Bobby joined the Seaforth Highlanders shortly before the outbreak of World War II. Bobby was sent to France and captured on 12th June 1940 whilst fighting the rearguard action at St Valery with the 51st Highland Division.

He was moved from France to Germany and then in 1943 to Czechoslovakia where he was interned in a camp at Troppau, now called Opava in Moravia in northern Czechoslovakia.  There he met 21-year-old Gertrude Maria Milas(Trudy) who was administrating the food rations to the camps.  Love blossomed. Trudy and two of her friends managed to persuade the camp guards to allow them to spend a little time with Bobby and two of his friends. These friendships lasted for the rest of their lives.

As the Germans retreated the prisoners were moved to camps in Poland and so the pair were parted.

On 9th May 1945, Bobby was repatriated and put on a train to France. He had no intentions of going without Trudy; he jumped from the train and started the 1000 mile journey back to Troppau to find her. The next day Bobby met Gehard Degeharat, a young German man who had been taken prisoner by the Russians and had been put on a train to Siberia.

Bob and Gerhard joined forces. They managed to acquire vehicles for part of the journey but had to live off their wits, sleeping on straw and finding food wherever they could.  By 15th May they reached Troppau, Gerhard waited in the woods while Bob searched for Trudy.

Meanwhile, Trudy’s father had been killed and her home had been bombed, destroying all her family’s possessions.

Trudy arranged papers for Gerhard to travel to Prague then back home to Germany. Gerhard later published a diary of his journey with Bob.

Bobby brought Trudy back to Tain in 1946 where they raised two children, Denise and Peter and spent the rest of their lives together.