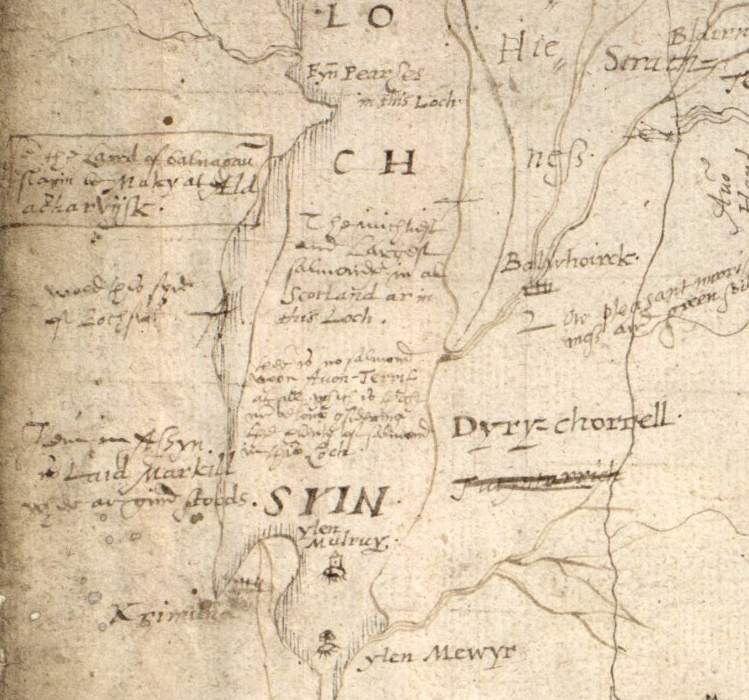 An account of 'The Battle of Altcharrish', fought between Clan Mackay and Clan Ross in 1487, by James Fraser of Phopachy.

The Battle of Altcharrish, in 1487, was part of a 15th-century Clan feud between the Rosses and the Mackay's, over the lands that once belonged to Paul Mactyre at Creich and Strathcarron in Sutherland and Ross-shire. Following the killing of a raiding party of Mackay's by the Rosses, which culminated in the chiefs son Angus Mackay being burnt to death in Tarbat Church. The Mackay's again raided into Ross lands. The resulting battle at Altcharrish, close to Strathoykel, was a terrible defeat for the Rosses and their supporters and resulted in the death of their Chief Alexander Ross of Balnagown and many other ‘landed gentlemen of the province of Rosse’.

"This Angus Mackay, not content with what outrages he had formerly committed, and the slaughter at Cha Blair Tannie but resolves from thence to invade Ross before he returned home, and, marching through Sutherland, crossed at Port in Culternach, or the Meikle Ferry, with a company of rather desperate than resolute men, and, notwithstanding of the threats and interdictions of the monks of Fearn (terrible enough in these days to deter any, nay the most barbarous, from outrages) he runs over the whole country, purposing to make a prey of all in a peaceable time; but he was briskly met with by the Rosses, who, killing all his men, pursued himself to the church of Tarbat, taking sanctuary in the temple, where they killed and burnt him. Thus the Rosses requited him whom he often molested with incursions and invasions."

"That year also happened to be fatal for a bloody conflict at Altcharrish in Brea Ross upon this occasion. Angus Mackay being slain at Tarbat, anno 1438*, by the  Rosses, as was reported, John Revach Macky his son came to the Earl of Sutherland, upon whom he depended, and  desired his Lordships aid and concurrence to revenge his  father’s death, to which the Earl of Sutherland as a bad neighbour, and a worse judge, yields, and sent his own uncle,  Robert Sutherland, with a company of men, along with John Revach to invade Ross, they joining together, being furious  and forward enough, they fell upon Strathoykel and Strathcharron with fire and sword, brunt, plundered, and laid waste diverse lands appertaining to the Rosses, the Laird of Balnagown, chief of the Rosses, getting sudden advertisement of  the attempt, a great loss, convenes all his armed men,  and at a rendezvous near Edderton, piled out 400 men, with  whom he marched in person, and met Robert Sutherland and John Revach at a pass in Strathoykel called Altcharrish, and there ensued a dreadful conflict which continued hot a full day with incredible courage and furry and much blood on both sides. In the end, the Rosses were worsted and put to flight.

Alexander Ross, Laird of Balnagown, was there slain, with 17 other landed gentlemen of his name, besides a considerable number of common soldiers; also Robert Sutherland fell in that field and merit who came there to court his death. John Revach Mackay escaped alive and died soon after of his wounds. The manuscripts of Fern and Beauly nameth those following, 150 Mackay’s and 6 gentlemen of that name, Mr William Ross, Angus MacCulloch of Tarrell, John Vass of Lochslin,  Thomas Vass, John Mickle Fearn, Alexander Denune, Pitogarty,  John Denune his uncle. This bloody day of Altcharish, where the Mackay’s gained so little that they came not again to Ross for vassalage."

*James gives a date of 1438 for the battle of Tarbat but it is widely believed to have occurred just a few years before Alcharrish, the involvement of Robert Sutherland is also much disputed by the Mackays.

Picture NLS Pont Maps, 33. A panel entered on the south side of the loch contains the following note: ‘Item the Laird of Balnagun slayin be Maky at Aldacharvisk'