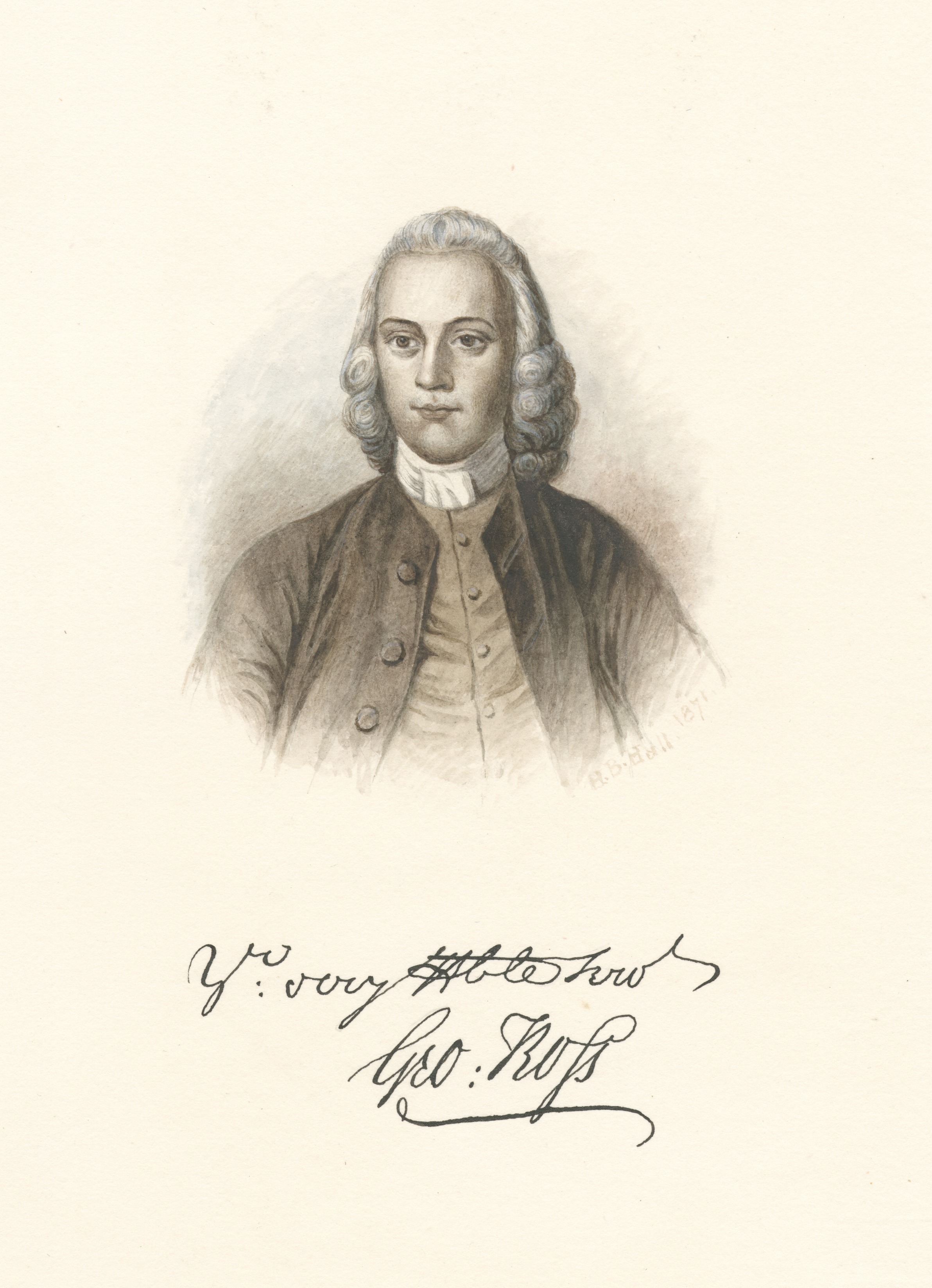 George Ross signatory to the American Declaration of Independence.

George Ross was the eldest son of an Anglican clergyman who had immigrated from Fearn in Ross-shire, Scotland. Ross was born in 1730 at New Castle, Del. After a preliminary classical education, he read law with his stepbrother John at Philadelphia and in 1750 entered the bar. Settling the next year at Lancaster, Pa., where he married and fathered two sons and a daughter, he built up a successful law practice and served as Crown Prosecutor for Cumberland County (1751-63). A member of the colonial legislature from 1768 until 1775, he sometimes joined in its disputes with the Proprietary Governor and demonstrated an interest in Indian affairs.

Meantime, in 1774, despite his Loyalist leanings, a provincial convention to which Ross had been elected sent him to the Continental Congress. The next year, by which time he had for some reason decided to affiliate with the Revolutionaries, he also served on the Pennsylvania council of safety and held a militia colonelcy. In 1776 he assisted in negotiating a peace treaty with the Indians in northwestern Pennsylvania and acted as vice president of the State constitutional convention, for which he helped draft a declaration of rights. Not a Member of Congress during the voting for independence on July 1-2, 1776, he received his appointment soon enough to sign the Declaration on August 2. He won a reputation among his colleagues for his eloquence, wit, and conviviality, but made no noteworthy contributions to congressional proceedings. Illness brought about his resignation in January 1777.

In 1778, while Ross was acting as admiralty judge in Pennsylvania, a congressional court of appeals overruled his decision in a case involving a dispute between a citizen of Connecticut and the State of Pennsylvania. Ross, refusing to acknowledge the authority of the higher court to counter State decisions, initiated a dispute between Pennsylvania and the Central Government that represented an early manifestation of the States rights controversy and did not subside until 1809. But Ross did not live to see the outcome, for he died in Philadelphia in 1779 at the age of 49. He was buried in Christ Church Burial Ground.