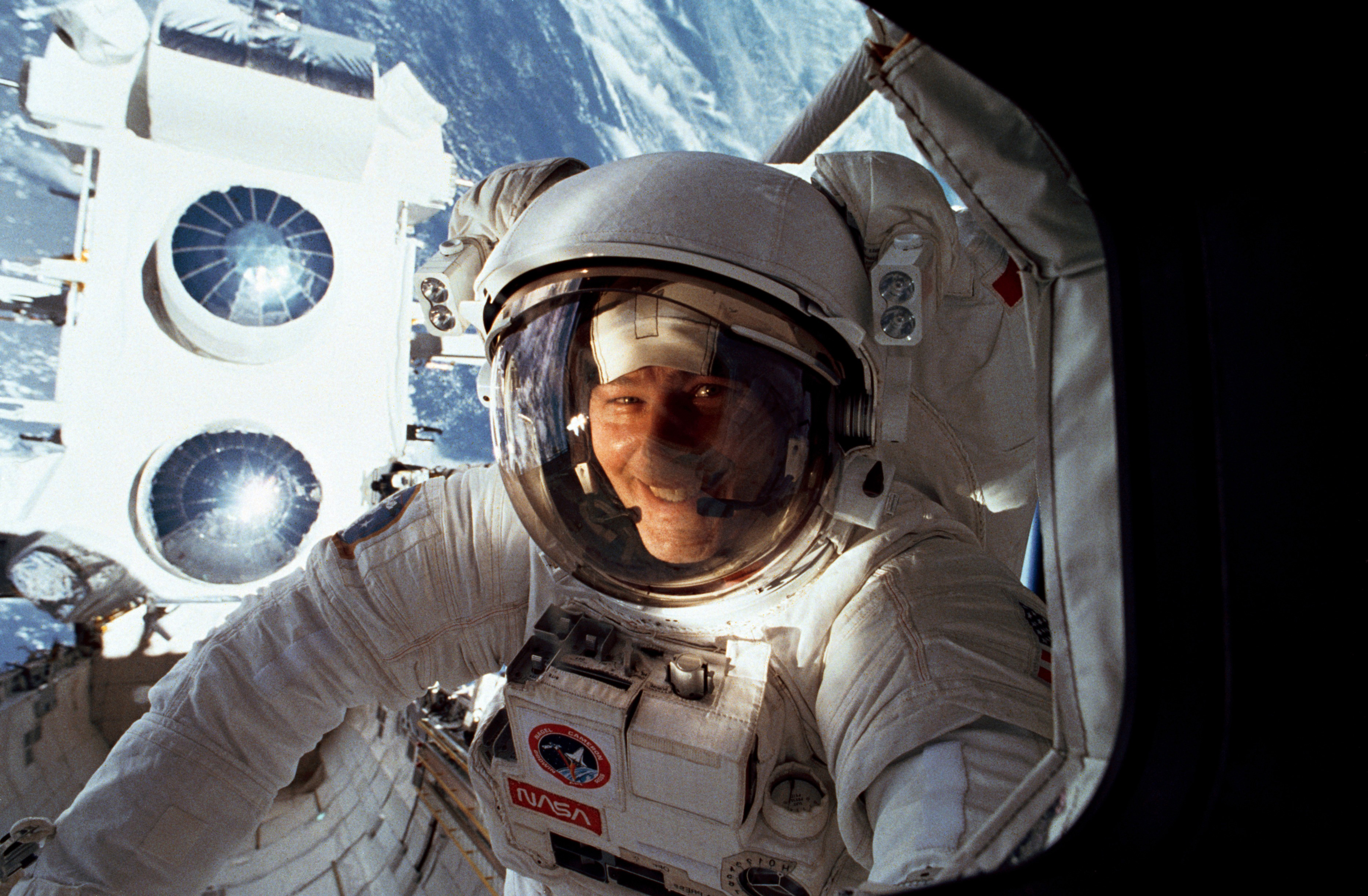 Jerry Ross was born on 20th January 1948 in Crown Point, Indiana, USA. He received two degrees from Purdue University.  In 1972 Jerry entered active duty with the US Air Force. Over the next eight years, he tested and helped to design several aircraft. Over his career, he flew 21 different types of aircraft and logged over 3900 hours of flying time.

In 1980 he was selected as an astronaut and after working in various different positions he made his first trip to space in the space shuttle. Between 1985 and 2002 Jerry flew on seven space flights, spending 1393 hours in space.

He also made nine spacewalks totalling 57 hours and 55 minutes.  Jerry has been involved in encouraging young people to work towards their goals. The Jerry Ross Elementary School in Crown Point, Indiana has been named after him in recognition of this.