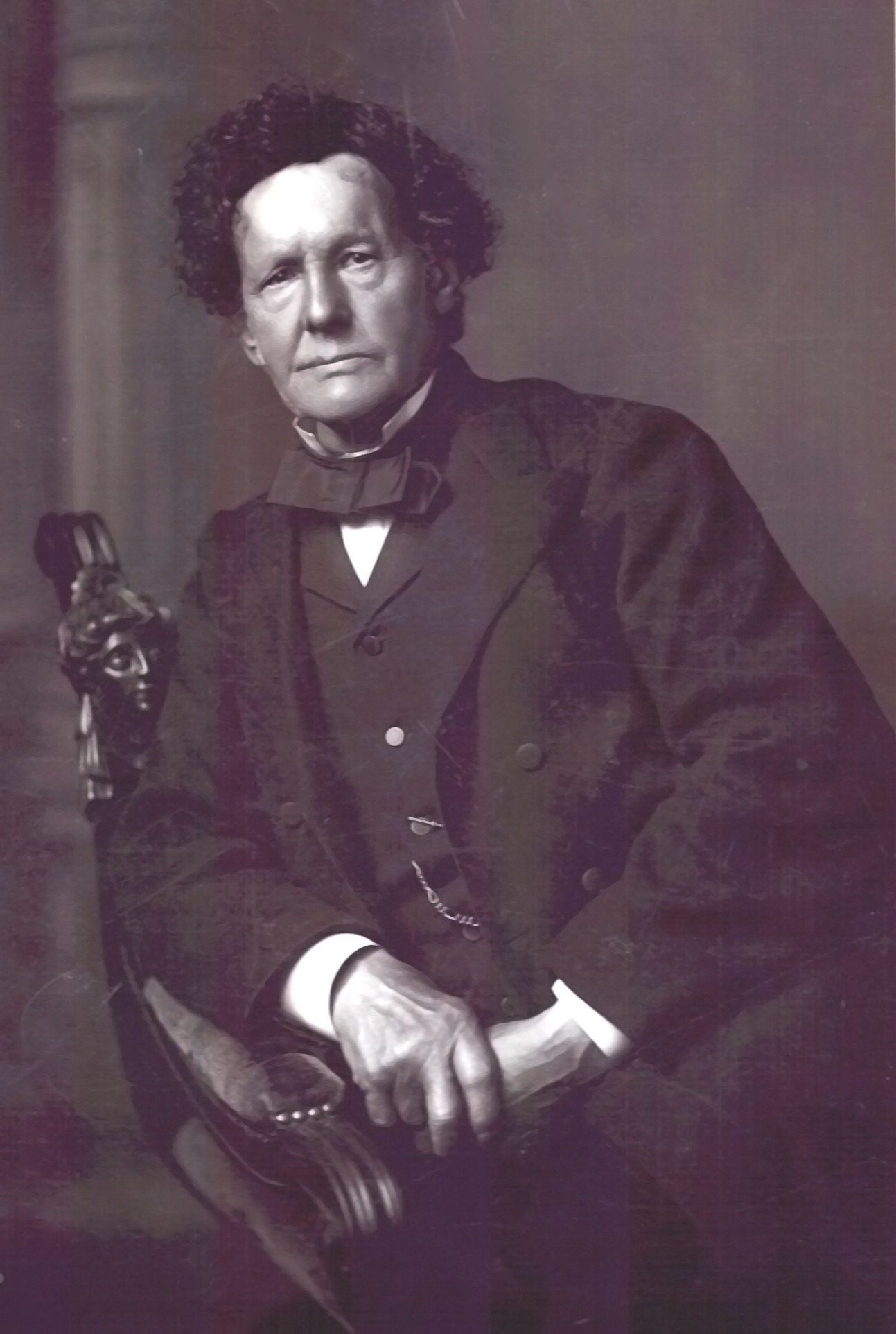 An article on William Smith Tain's Photographer for almost 50 years.

William Smith was a familiar sight in Tain throughout the second half of the 19th century. He was a man of striking appearance; he was a great supporter of the Free Church and a variety of charitable causes; and for fifty years or more, he was the man who photographed Tain and its people leaving a marvellous record of the faces, places, fashions and events of his day.

Smith was born at Hopeman in Moray in 1824. He started business as a newsagent in 1844 and moved to Tain in about 1851. He opened a newsagent’s shop at 27 High Street (now Smart’s newsagents). At that time newspapers were heavily taxed and expensive and business was slow. Smith soon started to experiment with photography and was one of the first in the area to do so. The first pioneering photographic processes had only been announced in 1839 by Louis Daguerre in France and Fox Talbot in England. Over the decades that followed numerous improvements and new techniques were introduced. Smith was well known for trying out “every novelty in the art”. By 1855 he was taking pictures by the wet plate process, introduced in 1851. This produced an image on a glass plate coated with a form of nitro-cellulose called collodion, which had to be exposed while wet. Smith’s photographs were taken using this method for at least 25 years, and his fingers were no doubt stained black by silver nitrate, the hallmark of the wet plate photographer.

Smith took many pictures of notable occasions in Tain. He was in demand at the large houses of the area and is known to have photographed Ardross, Invergordon and Balnagown castles. He was also a frequent visitor to the Duke of Sutherland at Dunrobin and photographed Queen Victoria there on her visit in 1866. The Queen can be clearly identified in the picture, which was described by one commentator as showing her as “blythe and bonny” as she was ever seen! John Brown can just be seen sitting beside the coachman.

Smith also produced a series of postcards of views in and around the town, many of them hand-coloured. But some of his most outstanding work was in the field of portrait photography of which there are many examples in the museum, of both known and unknown sitters. Many portraits were taken as “cartes de visite” which were first introduced in France in the 1850s. They were small, cheap and sturdy and became enormously popular for portraits. A wide variety of albums was made to hold them, notably by Marion & Co of Paris, who also supplied the pre-printed card backs for the photographs. These card backs were often decorated with beautiful designs advertising the photographer’s name and services. Among the range of cards used by Smith, there are several printed for him in Paris by Marion.

Smith’s studio was on the corner of Castle Street opposite the museum. When he died in 1906 the business was carried on by his son Alexander, but Alexander himself was tragically drowned in the Tain River in 1911. The business was then bought by F W Urquhart of Dingwall, who kept the Tain studio going until the 1920s. Unfortunately, all Smith’s original material has gone; all his plates and records have been destroyed. Fortunately, the museum has a good collection of his photographs, and we are keen to add to this.

If your great grandparents came from Tain go and have a look at your family photographs. If you find a Smith portrait you will know your forebears were photographed in good company (and please let us know about it too)!