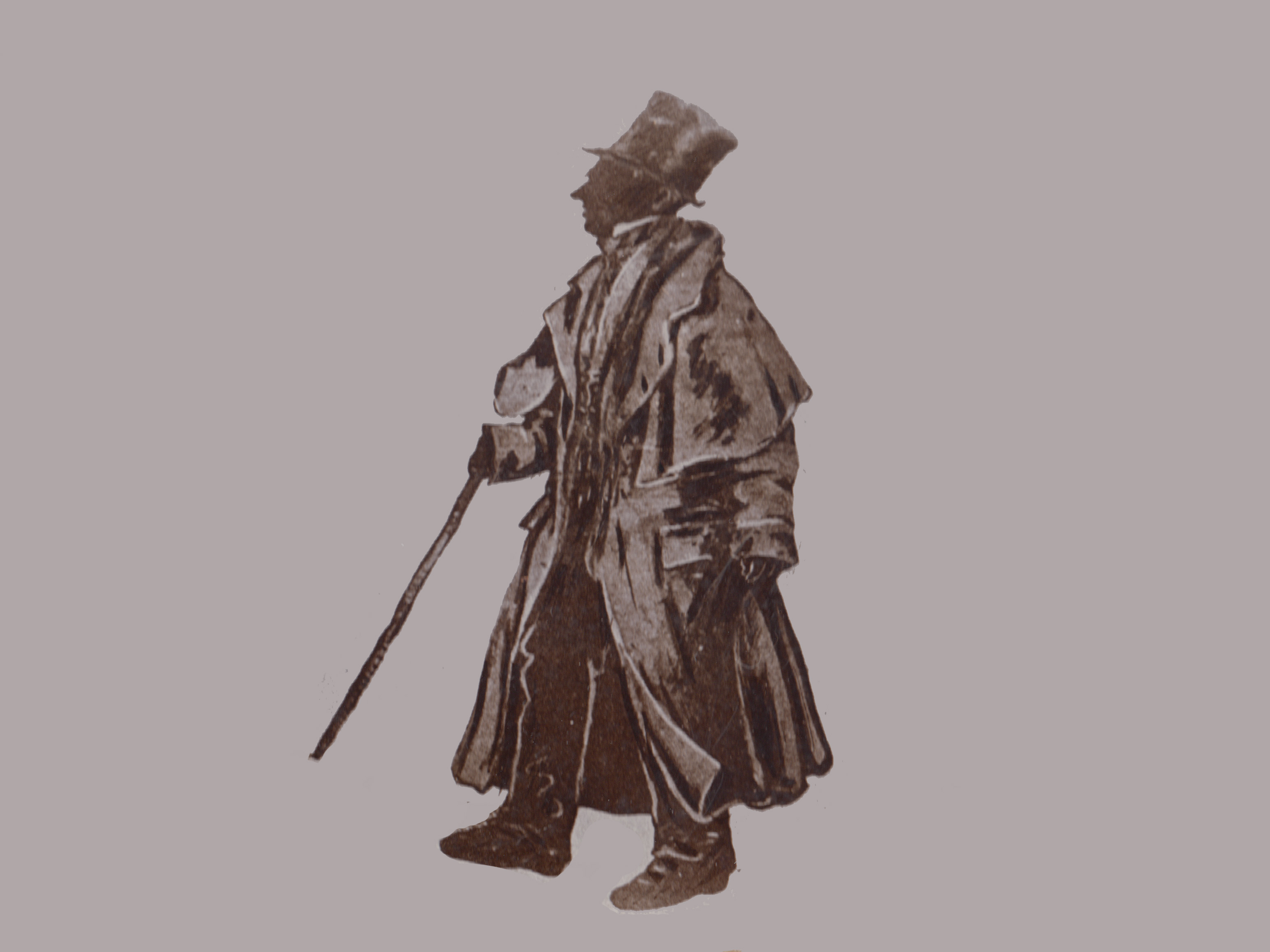 An article from the Ross-shire Journal by Robert Ross in Ballarat Australia regarding Pugh one of Tain's 19th-century 'celebrities'.

Half a century ago the people of Tain were highly privileged in possessing a celebrity so well-known under the romantic name of Pugh. I am in total ignorance of this distinguished individual’s proper name, and I am unacquainted with the origin of the name by which he was so widely known in Tain and Easter Ross. It would be interesting to learn under what circumstances this extraordinary nickname was conferred, by whom it was first applied, and the meaning of the word and I hope there is someone still alive to throw light on these topics. I always understood that Pugh had been a soldier and when quite a young man had seen active service in India, being present at the death of Tippoo Sultan on the storming and capture of Seringapatam and did a rough share in the rough fighting that resulted in the brilliant victory of Assaye.

Next door to my father’s house in Little Tain there lived an old veteran named, or rather nicknamed Brenachie, who declared he saw Tippoo slain. He certainly was near the spot, and was wont to amuse us, youngsters, by telling us that he was riding a horse one hot day, and found to his utter astonishment, on leading the animal to a watering place, that the horse has no head… Pugh went through the Peninsula campaign with Wellington, and although engaged in all the bloody battles of that stirring time, escaped unhurt, and it was reported that he fought at Waterloo, his good luck still pursuing him to come out of that conflict without a scratch.

He was over six feet in height and a singularly powerful man. He always wore a tall black hat, an overcoat coming down to his feet, and carried a big cudgel of a stick, or a huge umbrella, very like those our ladies used in doing the block in Tain. His appearance was very striking, and I believe he was possessed of considerable information, and at times communicated to his cronies racy and interesting stories. For boys, Pugh had long ceased to love them, and no wonder, as even in my day all sorts of tricks were played on the old veteran, and even where he lived was often the scene of the dodges boys employed in teasing and annoying the old man.

Pugh lived in a lane where there were a good many houses, near Cobban, the baker’s, and was a neighbour of Willie Annoch, the precentor for many years of the Free Church. Frith, a distinguished artist, paid a visit to Tain, and managed to get a likeness of Pugh, and other well-known characters, in black and white. That likeness is now before me, and I fancy the old hero is just about to hurl his cudgel at me, and those who have that photograph can easily form a slight idea of what Pugh was like. I am unable to give readers any snatches of his conversation with friends and neighbours, nor do I know if he was married, or if any relatives survive him… Pugh lived in Tain for many years, was well known for his eccentricities by old and young, and died, at an advanced age, sometime in the early fifties.

[The author of the Ardcronie Chronicle reveals Pugh's real name; "Pue became a widower; his wife was buried in the churchyard at the old parish church of St. Duthus; and the inscription on her tombstone specified 'first wife of Alexander Munro, Pensioner,' though poor Pue had not a second wife when he set it up, and in fact never did have but the one."

Looking in the 1841 census I found an Alexander Munro, Pensioner, living at Back Street Tain next to Cobban the baker. If this is the same man he was born in the 1796s and perhaps could have been a young man at Waterloo but not at the Siege of Seringapatam in 1799. I have tried to look for Alexander's Pension papers but have not found them yet.]