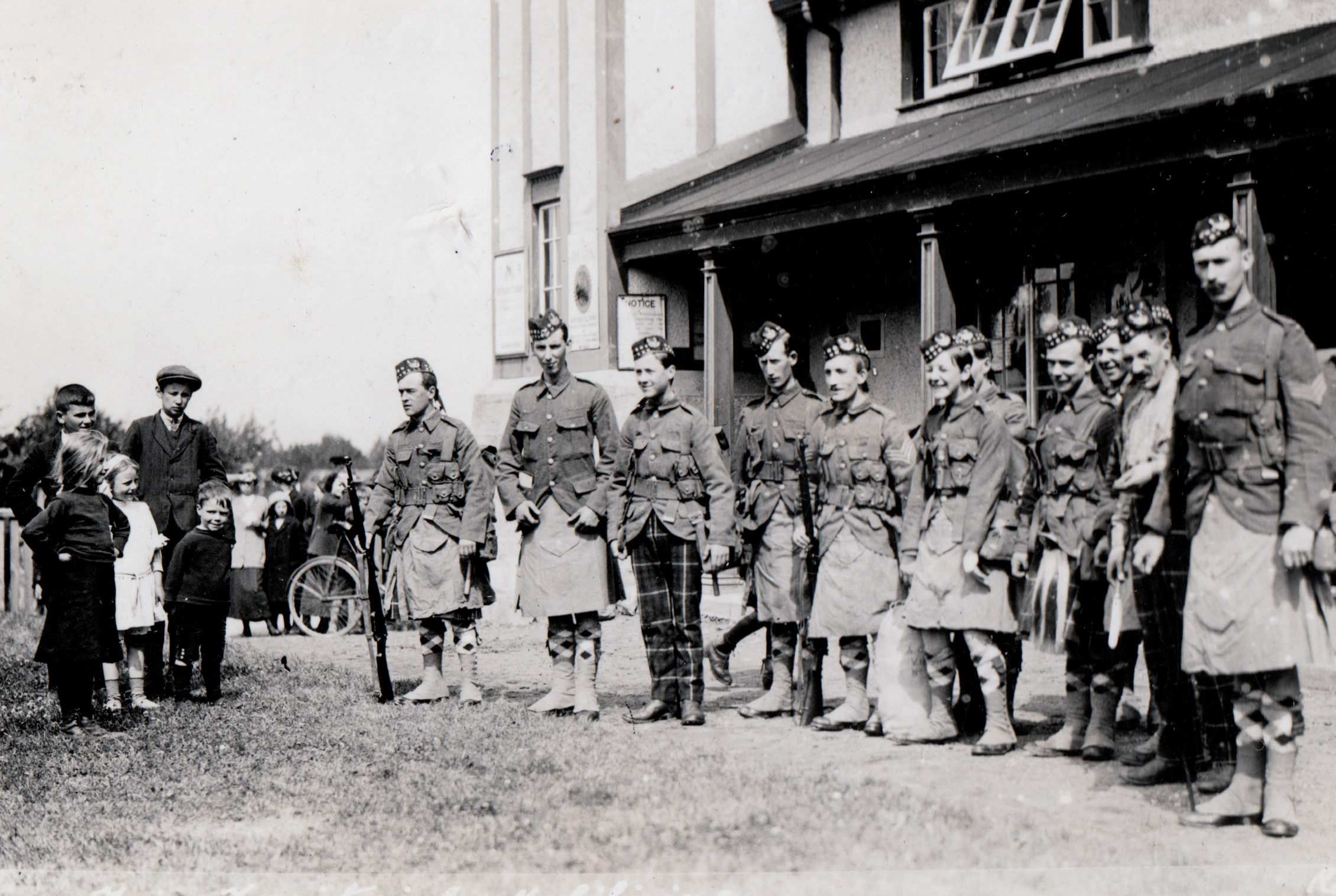 On this day the 9th of May in 1915 the Tain and Dingwall Company of the 4th Seaforth Highlanders led the battalion's attack during the Battle of Aubers Ridge. The men climbed from the trenches just after 5 a.m. to be met with a "terrible fire",  Harry Boneham, who was in reserve, describes the horrors he witnessed at the battle;

"Our guns had scarcely ceased however when the German artillery opened on us, and shells fairly rained down on us. The order came for our boys to charge, and over the parapet, they went, all eager to be first. They were met though by a terrible fire from machine guns and rifles in front, and very soon there was not a man left standing. One or two managed to get back unhurt, but the rest lay where they fell, either dead or badly wounded, and it was not until night came that any of them could be got in. It was evident that the German trenches were still too strongly manned to be taken without terrible sacrifice, and so our attack was suspended for the time being until a further bombardment could take place. Already sadly reduced in numbers, and suffering all the time from the shell fire, the Germans were pouring on us, so it was decided to relieve us a short time afterwards. Of the terrible time we had in getting out while shells fell among us relentlessly, and of the awful sights we saw, I will say little, indeed the horror of it defies description. How anyone could come through it untouched was a marvel, I can tell you"

The attack was a complete failure which resulted in 171 casualties for the battalion, thirteen of whom are remembered on the Tain War Memorial. The men are almost all buried or remembered at Le Touret War Cemetry in France.

Not on the memorial.

The photograph was taken at Tain Drill Hall in August of 1914 and is titled, Tain Territorials Mobilising.