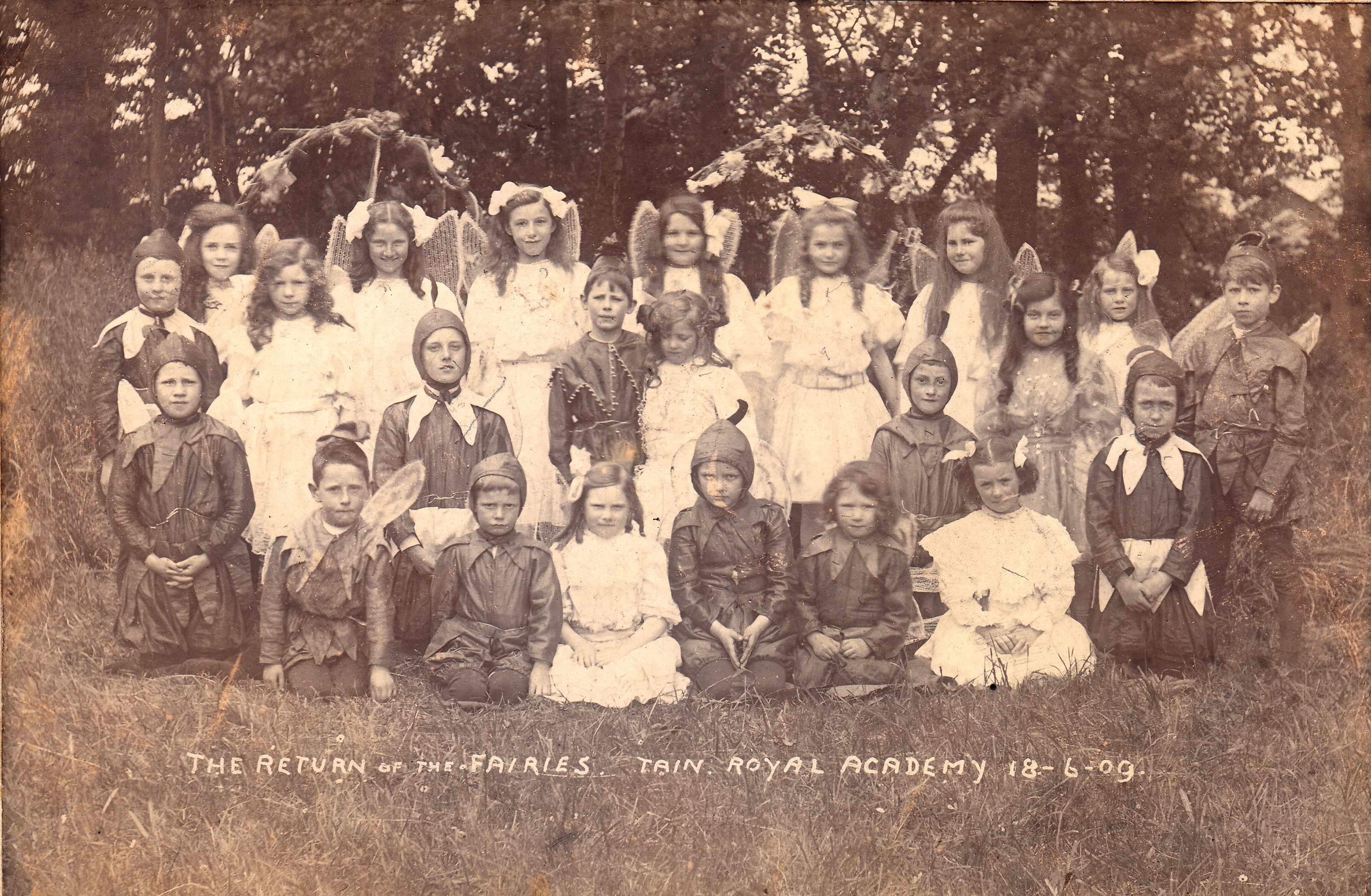 A man whose wife had just given birth to her first child, set off with a friend to the town of Tain to have the bairns birth registered and to buy a wee cask of whisky for the christening.  As they returned, weary from their days walking, they sat down to rest at the foot of a small hillock, near a large hole, from which after a few drams, they were astonished to hear the sound of piping and dancing. The new father, feeling very curious, entered the small cavern, went a few steps in and disappeared.

The story of his fate sounds just as unbelievable today as it did then and his friend was severely distressed having to tell this unlikely tale. A week passed by, and when the baptism was over, and there was still no sign of his friends return, people started to accuse him of murder. He denied it, and again and again repeated the tale of his friend's disappearance. He begged for a year and a day’s law to vindicate himself, if possible, and he would regularly return at nightfall to the small hillock to call out in search of his friend.

The year was almost up and sitting on the hillock as the sun began to set, he thought he saw his friend's shadow passed by him. He leant down, heard reel-tunes and pipes, and suddenly spotted his missing friend dancing merrily with the fairies. He caught him by the sleeve, stopped him, and pulled him out. “Bless me! Why could you not let me finish my reel, Sandy!” cried his friend. “Bless me!” replied Sandy, “have you not had enough of dancing these last twelve months?”

“Last twelve months”, cried his friend in amazement; nor could he believe the truth of it until he returned to his wife who was sitting at their door with a year old child in her arms.

So quickly does time pass in the company of the “good people”.