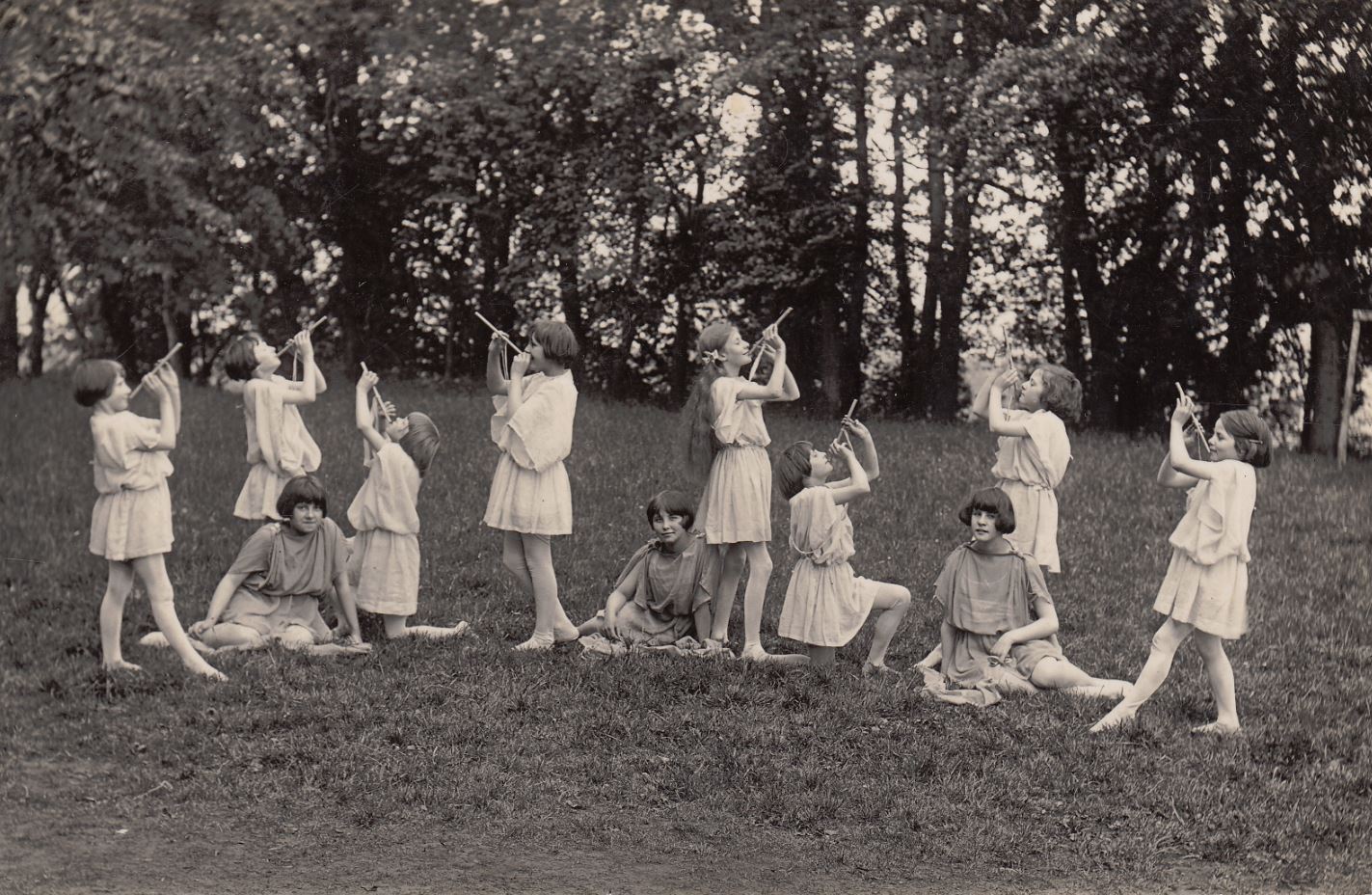 A tale from the Highlands as related by Hugh Macrae of Lairg, Sutherland. By Helen Drever of Rose Place, Tain.

Long before the world took shape or form, God was living with his myriads of angels behind thick curtains of mist in the great bright space that is known as heaven. And because these angels behind the clouds did all things as God willed them, their lives were peaceful, happy and beautiful. But about the time that God was occupied in creating the world, we call the Earth it happened that there came one into Heaven who introduced a new and evil spirit among the angels there. This was the Spirit of Discontent, which poisoned the minds of certain foolish ones among the angels so that they followed the Devil - which was the name that was given to the evil one - and became rebellious against God.

Black thoughts grew in the minds of these foolish angels and darkened their hearts so that in time their outward appearance was darkened also, and indeed black angels are not good for looking upon! God was for long patient with these foolish ones, but he feared his good angels might become corrupted by their bad example, so one day be parted the thick curtains of mist that surrounded Heaven-screening it off from the rest of the Universe--and he gazed over space! He saw the stars revolving there below him, and among them was the newly-created Earth. Away beyond it, and far below all the stars he saw a pool of blackness, so vast that the bottom of it could scarcely be fathomed; and in the far distance, he saw a red light that gleamed like an eye of fire; - so wicked indeed it looked that the good angels covered their eyes with their wings.

God pointed to the black pool and said to the leading spirit of evil, "That is where I am putting you and all those rebellious ones of yours, for indeed there is in Heaven no room for them or for yourself. All that blackness is yours for the keeping, and nobody is asking to share it with you at all And. if yourself and your followers should be happy there, you needn't be thinking you'll get back into Heaven, for there you would only be trying to poison the minds of my good angels so now,-be going with you! God's wrath was so terrible as to shake these evil ones to the very edge of the curtains of mist; but the leading spirit of rebelliousness turned defiantly, and said to his followers, "Come then with me, -you are on my side", but he gave an evil laugh as he added, "Though God, is thinking there are only good angels left in Heaven he'll be finding certain ones that may not be for me but indeed they are not for him either, for they are what the people of the Earth down there call neutrals - them that take neither one side nor the other!"

But God had no patience with all this talk from the evil one, he gave him a push, saying, "Now that's all I'll be listening to from you, so be going - you and yours - to yon deep pool of blackness!" And he gave goodbye to the spirit of discontent and dismissed that evil one and his followers-who sank - down- into the dreadful abyss! And great winds came blowing up from space, winds that cried and groaned as they blew the curtains of mist together; and Heaven was again enveloped and seemed as peaceful as it used to be. But presently it was found that there was truth in the saying of the evil one about the neutral angels, and God thought for long what he would be doing with them. For although they hadn't indeed done any wickedness it seemed, they were not wishful to do any good either, and God was not pleased with them, in case they might affect his good angels.

So he called the neutrals together and he said to them, "There is something I must be telling you,   I cannot keep you any longer in Heaven, because neutrals not with me - and that are not with me are against me. That is why I am not keeping you among my good angels any longer. But I am sending you down beyond the curtains of mist, to the world that is called the Earth, and. there you are to live under the ground and in the hills as a little people and the people of the Earth will call you the Fairies. I will not take away the wings from you, and when the moon is full, you can come out from your fairy hills and exercise them, in case a time should come when I think you are fit to be recalled to heaven, and you could be needing your wings again."

And that is the way that God dismissed the Neutrals from Heaven and put them to live on the Earth as, the Fairies - or the Little People. For ages and ages, they were in their fairy hillocks, with no liberty to come out and show themselves except at night-time, when mortals used to tell that they had, seen them dancing around their fairy rings. But as time went on fewer and fewer of the Little People were seen on earth, and it seemed as though they were themselves away somewhere. For even when the moon was at her brightest they only came in ones and twos where before they had come in scores. And. now the fairy hills are silent, and never a laugh like the tinkle of a fairy bell is heard about the fairy rings, never the flash of a wing or an elfish face looking from the cup of a flower!

There are some that blame that, on the inventions of man, and declare that the lighting of darkness by the turn of a switch, the vehicles that run by themselves, and the flash of man-made wings, have frightened the fairies away from the Earth. But ln the Highlands they have a notion that a long while since - maybe a hundred years or maybe less - God began to be sorry for the fairies having to live under the ground, and only getting out at night-time; so that he pardoned them and took them back to heaven to give then another chance!