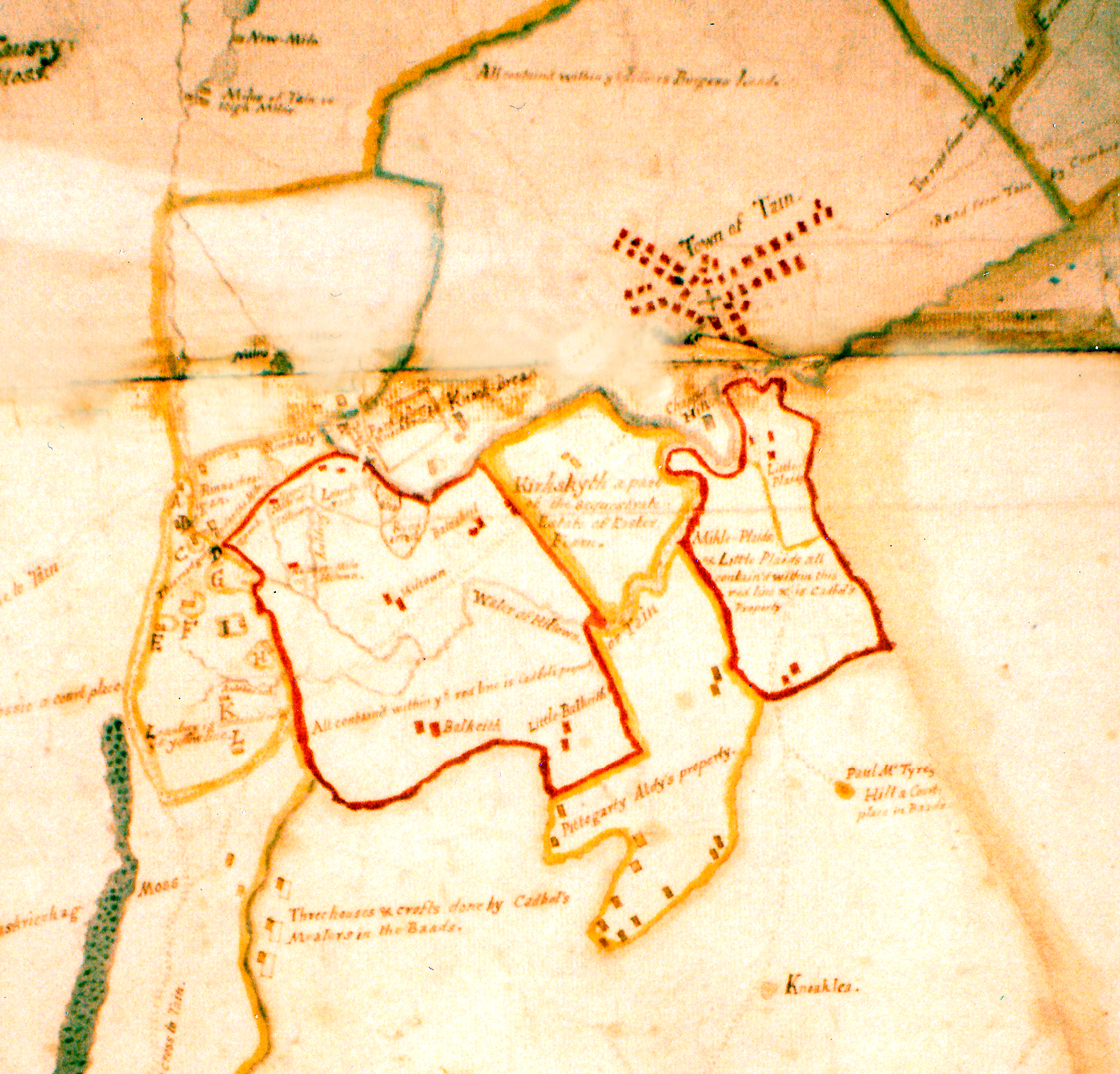 A court decision against the Provost and Baillie's of Tain which details the taxes due to Alexander Innes as the Laird of the Plaids and a 'Bailiary of Tayn.'

Decree of Cognition by the Sherriff Depute of Inverness, upon the Queen's Letters and his own Precept obtained at the instance of the above Alexander Innes Herein designed of Plaids, against Nicolas Ross, Commendator of Fern and Provost of Tayn, and also against the Bailies of Tayn.

Whereby, after full proof on both sides, the Rights and marches of the Pursuers Land of Catboll and Little Killmuir are first ascertained, and then for the Bailiary of Tayn, it is found & adjudged to pertain in property to the Pursuer, with the Courts and Plaints thereof Unlaws, Ammerciaments; Escheats; Bloodwrits and other Casualties of the said Courts of Tayn, and within the Conmonty thereof, also the Tollpenny of the same the Seisin Silver, viz.,

40 pennies for ilk seisin within the said Town or Lands of Tayn, with the spice ale & salt, viz,

A Boll of every Unfree Trafficker, Crew or Ship that trafficks to the said Town,

3 placks or a pint of ale of every Brewst brewed and sold within the said Town,

3 days shearing of a Hook in harvest out of every Reik within the said Town,

A Tuilzie of Beef out of every nolte slain or sold within the said Town.

A pennyworth of fish of every fish boat thereof, viz;

12 small fish for a penny, each keiling or scute for a plack, Each codling or ling for 2 pennies.

With the service of the said Inhabitants upon their own expense & in hunting & costing with the other Casualties labelled, all except the Toll penny of the Lemmas Market holden at Tayn Called Brachimus and the unlaws of the Laws thereof, Reserved to the Provest and Bailies of the Said Town, who are moreover condemned in a Fine of 40 lbs Scots to the Pursuer for cost and damage.