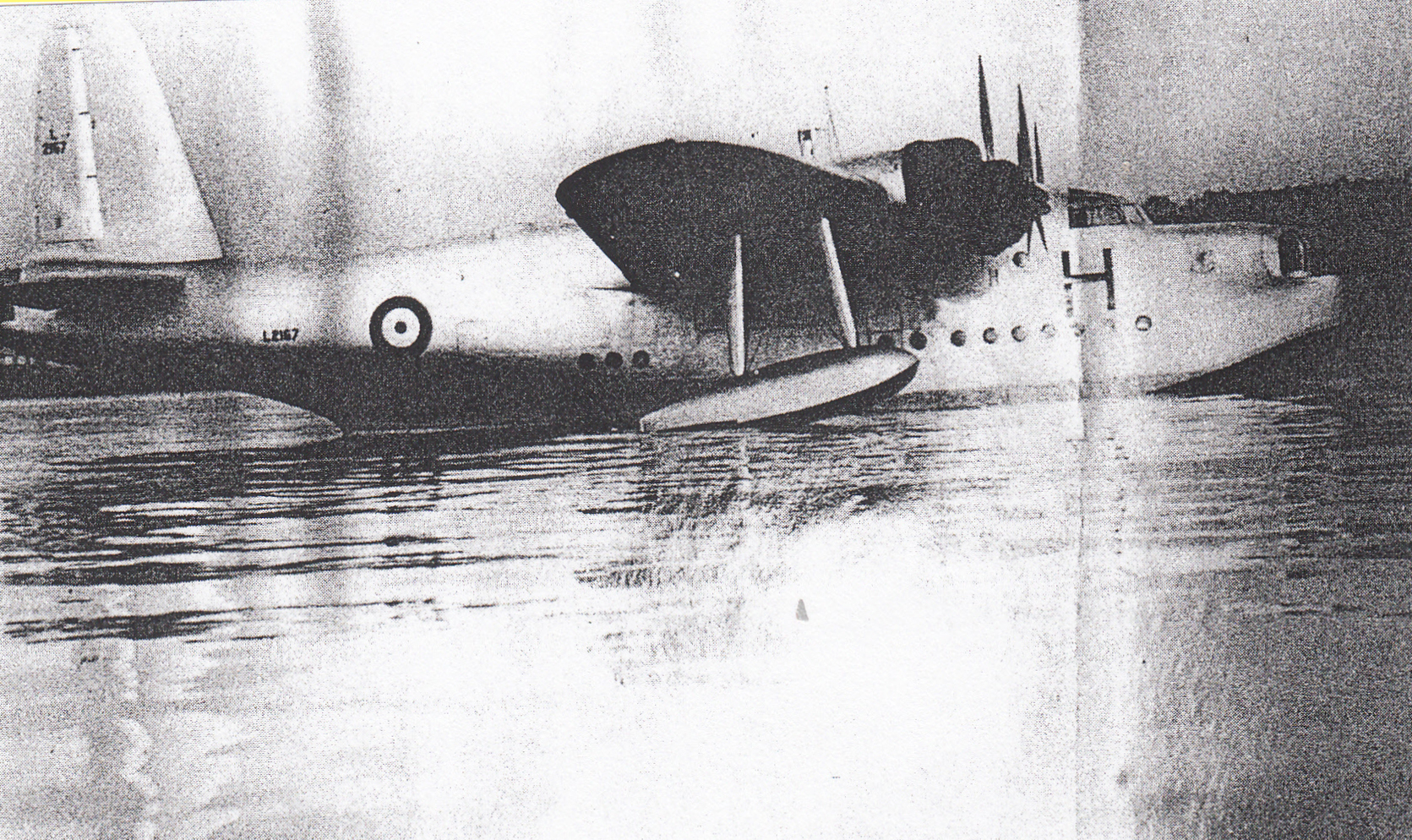 The remarkable story of Sgt Ogwyn George the sole survivor of an aircraft from Invergordon that was shot down over Norway on the 9th April 1940.

Sunderland L2167-D-AH from 210 Sqn. took off from Invergordon with a crew of ten on the afternoon of 9th April 1940.  First Pilot F/Lt Kite, to undertake reconnaissance of Oslo, to photograph German fleet movements, but never returned.  After the war it was discovered what had happened.

While it was over Oslo it was attacked by two ME 110's from Fornebu.  During air-to-air combat over Sollihogda the Sunderland caught fire and exploded over Maidelen at 1900 hrs.  The explosion blew out Sgt Ogwyn George, the 21 year old wireless operator, who fell 3000 feet without a parachute, but into very deep snow.  A Norwegian woodsman who had witnessed the combat went that night to the scene and found the wrecked aircraft and the sole survivor Sgt George.  (Another report in a South Wales newspaper says he survived two days before being rescued).  He was taken to Drammen hospital suffering from burns and frostbite and later taken to a P.O.W. camp in Germany.

In April 1972 he returned to Norway and met the rescuer Johan Brathen.  A pilgrimage was made to the graves of his former crew members at Sylling church.  Ogwyn George and his wife were later received by King Olaf at the palace in Oslo.

The crew of the Sunderland represented for the Norwegians, the first British casualties from the R.A.F. following the invasion of Norway and on 10th June 1990, a red granite memorial stone in the form of an aircraft tail-plane was unveiled near Maridalshytta, northeast of Finnemarka, Lier.

The picture below is of the actual aircraft L2167 before flying to Invergordon.