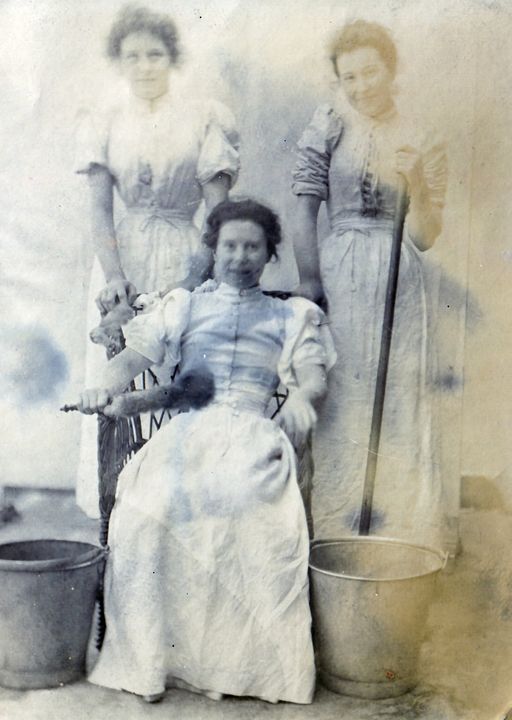 Folklore and the Evil Eye at Tain.
Northern folk-lore on wells and water by Alexander Fraser.

“A gentleman, presently resident in Inverness, has informed us, that, having had occasion to be in Tain on business for some time, about twenty years ago, he one day became suddenly unwell, and had almost fainted. His landlady got alarmed and summoned to her assistance the neighbouring gossips. They said one to another, when in council assembled, "Ghabh suil air;" i.e., "an evil eye has affected him, "and thereupon took possession of, and undressed the patient partially, and laid him upon a table. Having done so, a common wooden pail was filled -with water, to which were added the following coins — half-a-crown, a shilling, and a sixpence. They then stirred the water with a stick, going round the pail in procession during the process, and muttering an incantation which to the sick man was quite unintelligible. Thereafter he was washed with this consecrated water and manipulated upon in a strange fashion. A stone of roundish form somewhat like a pebble was dropped into the pail by the wise woman of the party. Strange to say, this stone burst into pieces with a hissing noise, and immediately the patient recovered his usual health. Probably, alarm at the proceedings may have aided his rapid recovery, and, as he afterwards remarked, his illness might have consisted only of a little squeamishness in the stomach. No doubt the stone was a bit of unslaked lime. “

Northern folk-lore on wells and water: with an account of some interesting wells in the neighbourhood of Inverness and the north
By Fraser, Alexander