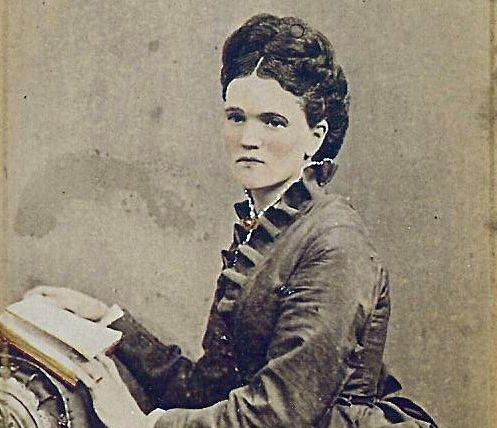 The Tragic Story of the Fraser Girls Emigration to Australia.

Often tourists will come into the museum clutching a census or birth records looking to research their families ties to the area and it is always a great pleasure when you can help them make that connection, whether it is an old photograph, an ancestor’s gravestone or just an address that they can visit. Although the following visit unearthed the most harrowing tale it was no less of a pleasure.

The Visitors
A few years ago two Australian tourists Elaine and her daughter Louise came to visit the museum clutching a photocopy of an old census containing details of a family of Frasers living in the Tain area in 1851. After my usual blether, which can take a while, they asked if I could possibly help them understand why their ancestors left Scotland and why a few of the family were left behind. Not expecting much, I said that I would see what I could find out while they had a look around the visitor centre.
Armed with their census information I started having a look at the Fraser family in detail and spotted that the address was Inver and not Tain. Wee alarm bells started ringing in my head as I could remember during earlier research reading in an old newspaper of a trial for murder in Inver that I was sure involved a family of Frasers. It couldn’t be them though, could it? It did not take long searching in the newspapers, looking at birth records and censuses for my suspicions to be proved correct. As you will see, this explained some of Elaine’s questions. I was rather anxious about breaking this news to Elaine and her daughter but I must say they took it really well. We then began to put together what we both knew of the Fraser sister’s story and it paints a harrowing tale of the Fraser sister's nightmare journey from Inver to Australia.

The Ticonderoga
Louise’s great granny was Josephina Fraser who was born at Inver in 1845. When she was only 6 years old Josephina left Inver for Australia together with her sisters Isabella, aged 9, Mary Ann, aged 12, all in the care of their eldest sister Jane and her husband Roderick Ross. At Liverpool, they boarded the American clipper the Ticonderoga leaving behind a Scotland that had been through many years of hardship and famine. On 4 August 1852, the Ticonderoga left Liverpool, bound for Melbourne, Australia with 814 emigrants on board, most of them Scottish farm workers and shepherds. Tragically, less than a week into the voyage, disease broke out aboard the ship and by 12 August, the first passenger had died. In the weeks that followed, more and more passengers became ill, due at least in part, to poor ventilation, overcrowding and increasingly unsanitary conditions. After ninety hellish days at sea, the Ticonderoga limped into Hobson’s Bay flying the yellow flag of quarantine.
The ship was not allowed to dock at Melbourne; instead, disembarkation began on November 3, 1852, a few kilometres from Point Nepean. They were quarantined for a further 48 days and by that time 68 bodies had been buried. In all 168 souls lost their lives either on the voyage or during quarantine, including Jean and Roderick’s baby daughter, Mary Ann.

Family Tragedy
The answer as to why the Fraser girls left Inver was not the normal tale of clearances or famine that blighted our people at this time, but one of a family tragedy. In April 1852, the girl's mother, Sarah Fraser, was accused along with James Fraser, her son of poisoning Sarah’s husband, William Fraser. Fraser was sixty years of age, his wife forty, and their son seventeen. The newspapers were convinced of their guilt at the time, as were the court after many letters between the two accused showed that at the very least they wished him dead. The case went to the High Court in Edinburgh for sentencing in June, but as the sisters headed for Liverpool, the case against Sarah and her son collapsed due to red tape around the dates set in court.
James would later emigrate to New Zealand where he lived until 1918 but so far we have been unable to find out what happened to Sarah Fraser.

A devastating cholera epidemic struck Inver in 1832 and of the 30 families, said to be 120-130 people, as many as 41 people died. The memory of this still lives on in the village today but for Jane and her sisters, the deadly threat of cholera would have been all too familiar.

Thanks to the website www.thesocialhistorian for the details of the Ticonderoga’s story.