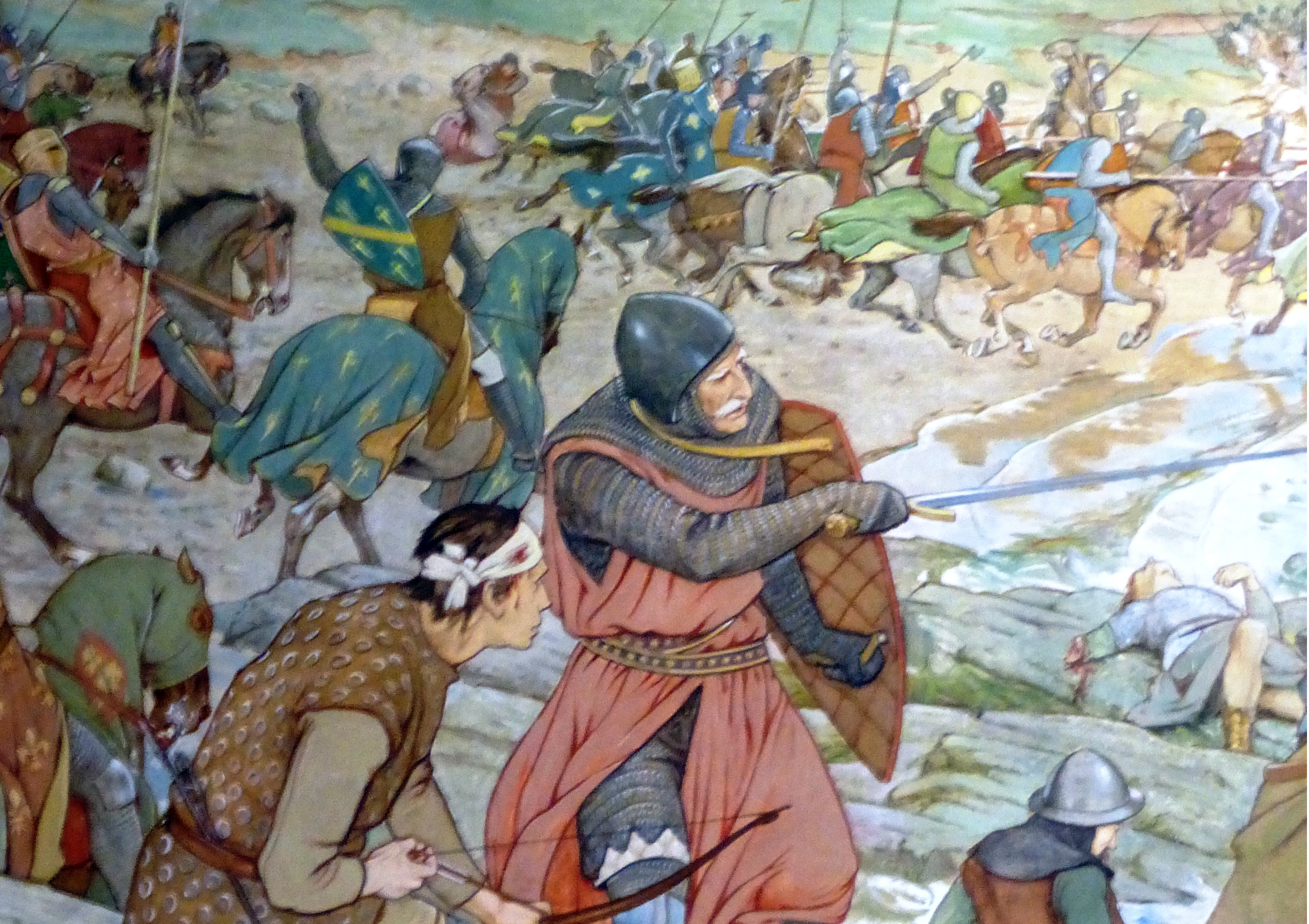 How the Earl of Ross instigated the last Norse invasion of Scotland, and the legend of the Scottish Thistle.

The emblem of the Scottish thistle is said to be one of the oldest “national flowers “on record. It is first found on silver coins during the reign of King James III in 1470 although the legend of how this prickly weed became a symbol of Scotland is many hundreds of years older. The story is widely known but what is less so is the part played by the men of Ross under Earl William.

According to the legend, a huge army of Norsemen under the leadership of King Haakon was intent on attacking the Scottish army who were camped on the coast of Ayrshire. To creep up on the sleeping Scots the Norse removed their footwear but unfortunately for one of King Haakon’s men he stood on a prickly thistle and yelled out in pain. This alerted the Scottish guards of the imminent attack. Needless to say, it was the Scots who had won the battle and from that moment the prickly purple Thistle was adopted as the symbol of Scotland.

Kings of the North

The Battle of Largs in 1263 was the last battle in an attempt of the Norse Kings to maintain a hold on the West of Scotland. For over a hundred years, the Western Isles had looked to Norway for their king rather than Scotland.
By the 13th century, two Scottish kings, Alexander II and his son Alexander III started making attempts to incorporate the region into their kingdoms. In 1261 Alexander III sent an embassy to the court of King Haakon IV in an attempt to purchase the Hebrides but his offer was rejected and his ambassadors arrested. In 1262 he tried a more forceful approach and is said to have dispatched William, Earl of Ross to capture Skye prompting the Norwegian King to raise a massive army in preparation for an invasion to reassert Norwegian control. William’s attack of Skye is mentioned in the Sagas and emphasises the cruelty of William and his men.

“In the previous summer, letters came east from the Hebrides, from the kings; and brought forward much about the dispeace that the Earl of Ross, and Kiarnak, Makamal’s son, and other Scots, had made in the Hebrides, when they went out to Skye, and burned towns and churches, and slew very many men and women. They said also that the Scottish king intended to lay under himself all the Hebrides.”

William’s father Fearchar had previously been an ally of King Olaf, the king of Man and the Isles. Fearchar had married his daughter, Christina, to King Olaf before helping him in his fight for his kingdom against his half-brother Raghnall. Together they formed an alliance, gathered a force sufficient to defeat Raghnall.
The established explanation of Earl William’s brutal assault on Skye has been that it was a precursor to the tensions between Norway and Scotland that culminated in 1266, but Earl William's actions may stem from an agreement reached by his father and King Olaf.

In retaliation to the continued pressure from the Scots and Earl Williams attack of Skye, King Haakon IV of Norway gathered a fleet of over one hundred ships and in July 1263 set sail for Scotland from Bergen. Sailing first to the Orkney’s then on to the Hebridean Islands where he met up with his vassal kings, including Magnus Olafsson, together the allies continued to sail down the coast of Scotland, launching raids on the mainland. It is likely that if there is any truth to the ‘legend of the thistle’ it occurred during these raids.
The Battle of Largs itself was little more than a skirmish; in October a storm drove several Norwegian vessels aground on the coast, near Largs and while the Norwegians were salvaging their vessels, a Scottish army arrived on the scene. The whole Norse army was never able to form up before they were engaged. The arrival of Scottish reinforcements, likely led by Earl William, may finally have turned the tide of the action, forcing the outnumbered Norse army to break. It is said that they were then pursued with great slaughter, with most fleeing to their boats.
The saga of Haakon records that some of the vastly outnumbered Norwegian troops used their beached ships as makeshift fortifications, and although they made a valiant stand were eventually cut down. Haakon's bodyguard managed to get him back to the safety of the fleet.
King Haakon then sailed to Orkney where he made plans to avenge himself on Alexander with further military action the following summer, but the fifty nine year old Norwegian king died at the Bishop’s Palace in Kirkwall during the winter.

These events show that the Rosses were central to national events in the 13th century and may even have caused the last Norse invasion of Scotland. William was probably rewarded with Skye and Lewis after the Scottish conquest of the Hebrides, a reward secured when the conquests were ratified by the Treaty of Perth in 1266. Earl. William Ross died in May 1274 at "Earles Allane", likely the site of modern Meikle Allan at Fearn.