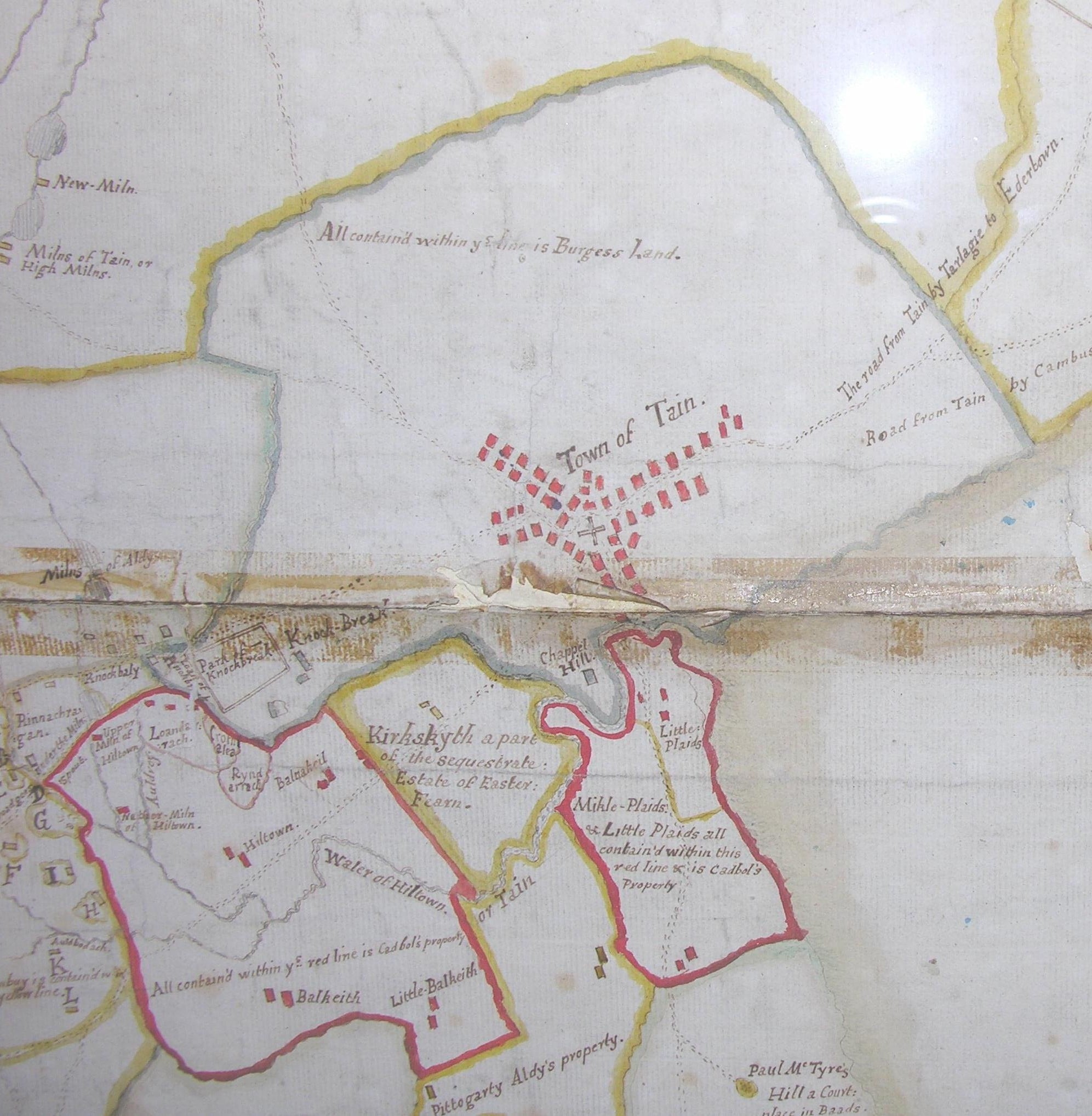 Inquest into the Privileges of the Sanctuary of Tain.

On this day, 20th April 1439, an inquest took place in Tain looking into the rights and privileges of the town, after its charters were destroyed during a clan feud in 1427. The original document from 1439 is lost but the museum has a very old copy made in the late 16th century. The document mentions, that the Immunity and Privileges of the town were first granted by the “illustrious King of Scots, Malcolm Canmore”, and later confirmed by King Robert II of Scotland.

These being sworn . . . found . . that all the dwellers within the said immunity of Tayne and all their goods whatsoever are under the special protection of the Apostolic See, and the said Immunity was first founded by a certain most illustrious King of Scots, Malcolm Canmore, of good memory . . afterwards confirmed by several illustrious princes David Bruce, Robert his nephew, and the last Robert, son of Robert I. and that the inhabitants . . have and have had full and free power and privilege of buying and selling all goods whatsoever within the four corner crosses of the said Immunity, and that they never have paid, nor of right do pay, any contribution to the Kings of Scotland nor to the Earls of Ross except the custom to our lord the King, and thenceforth it is lawful for all inhabiting the said immunity to work and sail with all their merchandise, and goods whatever, everywhere, at their own good will, without any contradiction or further demand, by virtue of the privilege of the oft-mentioned immunity as shall seem best for their own interest.
In faith and witness of all the foregoing the seals of certain of the foresaid trusty men who took part in the foresaid inquest under the impress of the seal of the high and mighty lord Alexander Earl of Ross, Lord of the Isles, and Justiciary of our sovereign Lord the King on the north side of the Water of Forth have been affixed to this present inquest . . . This is a true copy of the chief and original Inquest .... by me James Hoppringile