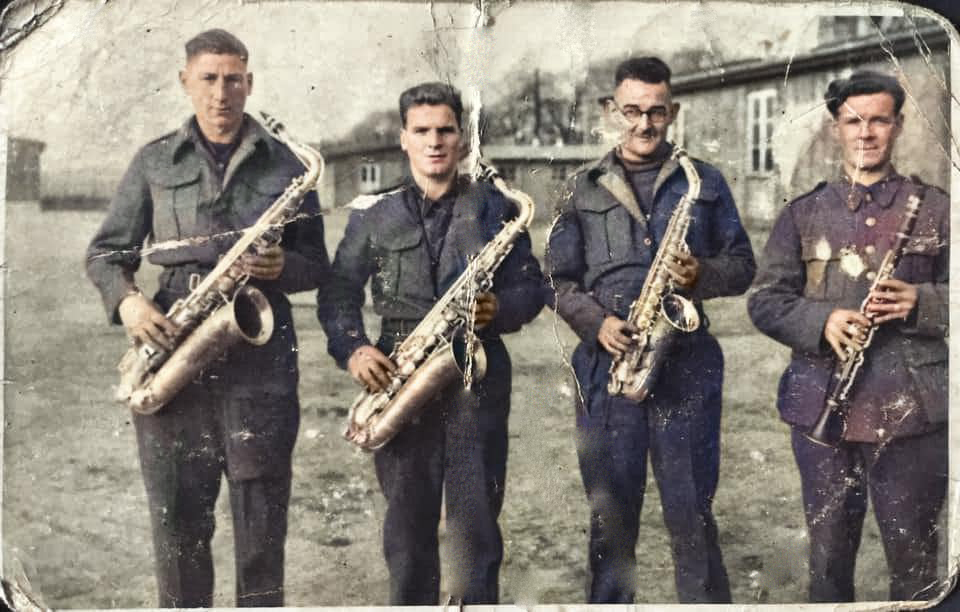 A huge number of men from Easter Ross spent most of the war as P.O.W’s after being captured at St Valery on the 12th of June 1940. This poem was said to have been written in the South of England before embarking for France and mentions the names of men from our area most of whom were taken prisoner, some of them never coming home again.

In the 4th Battalion Seaforths, there’s the mortar squad you know.
There’s Bant and Heckie Doughnut, Fraser and Munro.
There’s Banks and Decco Birnie and Robertson’s galore,
Fergie, Jimman, Dunk, Banan and Collyer by the door.

There’s Decco Birnie and the Banks, They come from bonny Tain.
The guy they call the Birnie is the Mortar sections pain.
The Banks, he limps along all day, He used to haud the ploo-
But these two lads have wakened up, They’re in the Seaforths noo.

There’s Bant the plumber and Munro, Tain’s leading journeymen.
Bant mends the leaking taps so that they never leak again.
Munro the baker, short of cash, is always used to dough
But army pay is not the dough that Geordie used to know.

Big Dunk and Rusty Fraser from the busy town of Fearn.
They joined the Territorials for soldiering to learn.
With turning right and turning left and turning roundabout,
It's little wonder that they’ve worn their boots and trousers out.

There’s little Jimma and Banan, The mascots of the boys.
Jimma comes from Balintore – the land of hopes and joys.
Banan the postie is the King of Rhythm in our room.
He’s classic with the scrubbing brush and hot stuff with the broom.

There’s Alfie Collyer who you know, the man beside the door.
He plays the accordion the new tunes by the score –
The Seigfried Line, the Highland Swing, and different scales galore –
Till Cowie in the other room shouts; ‘Hold. Enough. No more.’

And last, there’s Sergeant Ferguson, the leader of the squad.
H never lets the lads down; to help them he is glad.
Although at times we curse him when he throws us on the floor.
‘Reveille’s gone. Get out of bed’ you’ll hear the Sergeant roar.

We would really like to hear from you if you had a relation who was taken prisoner with the 4th Seaforth’s at St Valery. It would be great to see a photograph or even to share their name.