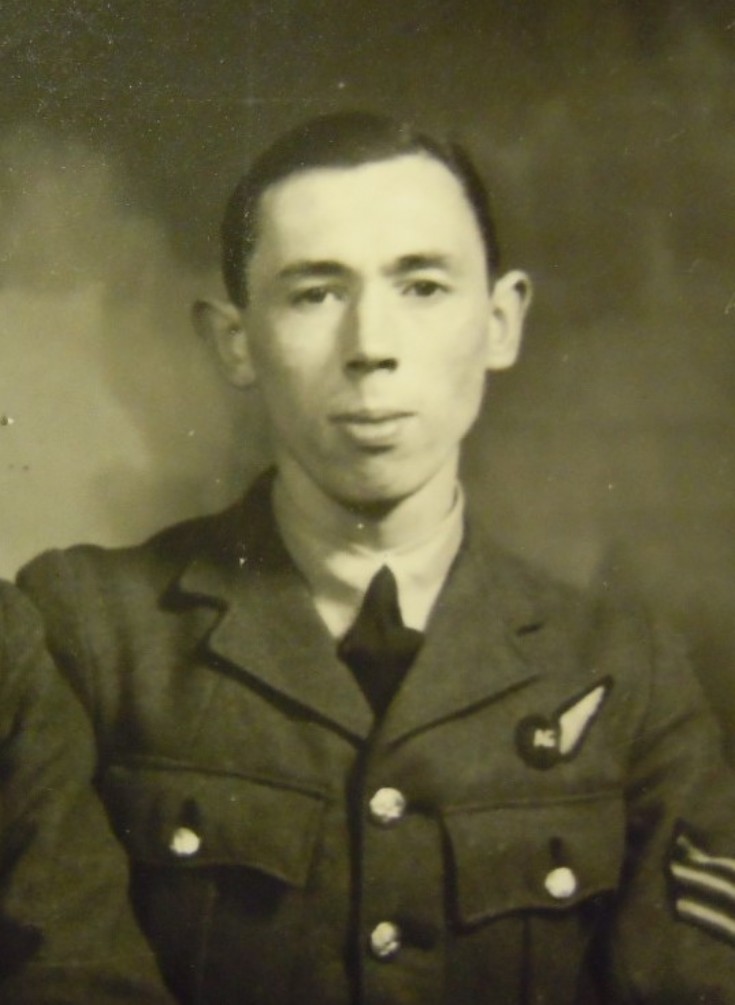 In the North Star for February 6th 1943, there appeared an article with the headline "Tain Honours A Hero". What followed was an account of a meeting in the Council Chambers in Tain to celebrate the award of the Distinguished Flying Medal to Flight Sergeant George R Davidson for his "bravery, coolness and initiative whilst on extended operations"

George was the middle son of five born to G B Davidson, Saddler, and Mrs M S Davidson. George attended Tain Public School and the Academy and on leaving spent two periods working for W J Munro eventually becoming manager in his shop. He joined the RAF and trained initially as an air gunner and subsequently as a radio operator on Halifaxes. In early 1943 George attended Buckingham Palace accompanied by his father for the award of his DFM. Later in 1943 George was commissioned as a Flying Officer and then went on to fly with 35 Pathfinder Squadron. It was at this time his father was to write of his son whilst on leave in Tain.....

"How proud George was of his Flying Officers rank, and what a fine fellow he looked. I never saw one in the streets of Tain who more looked the part"
On December 29th 1943 George and his crew took off in Halifax HR986. In the early hours of the 30th, the plane was shot down over Doberitz near Berlin. George and five of his crew perished. There was one survivor who became a POW.
In the style of the time, the North Star reported in detail many 'weil ken't' figures of Tain life who spoke with pleasure at being present including Provost Fraser, ex Provost WJ Munro, ex Provost Donald Ross and Mr Andrew Mackie, rector of the Royal Academy. Dr Hugh Ross said that "he had been privileged to have known Flight Sergeant Davidson longer than anyone else in the room. Contributions also came from Miss Jean Ross, Mr K Mcleod, Mr RS Ross, Mr CAM Green and Mr John Fraser. The ceremony ended with thanks to Mr Donald Strachan and a vote of thanks from Mr William Dunnett.

The DFM was awarded for air activities for an act of devotion to duty occasioned whilst flying on active operations. It was considered that the completion of 40 ops counted for the award as recognition for devotion to duty.