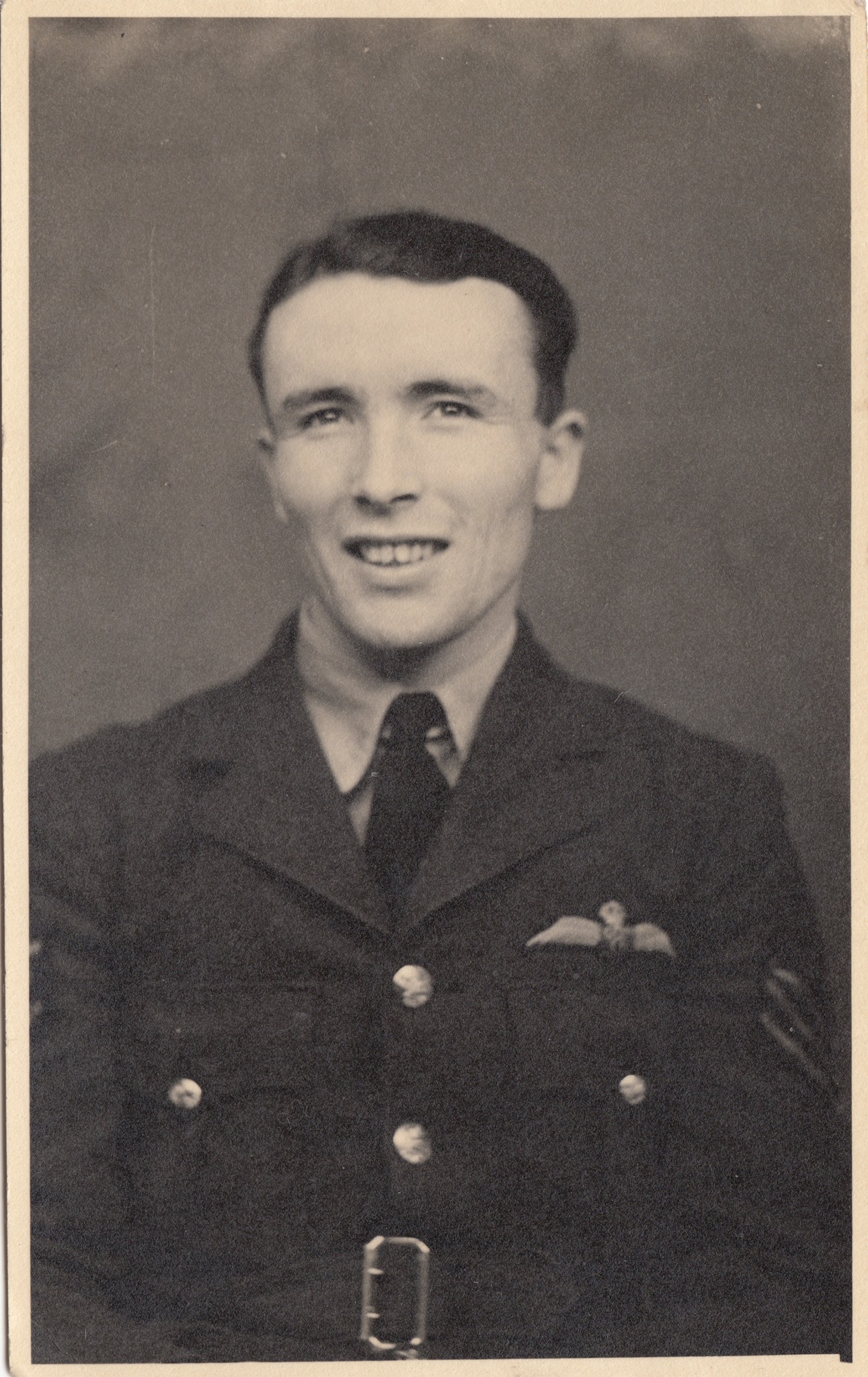 James Davidson was the youngest of five sons born to Baillie G B Davidson and Mrs M S Davidson.

He was born at 6 Ross Street in 1921. He went to Tain Public School and TRA before joining the RAF as a boy entrant. He received his "Wings" in 1943 after training in Canada and United States

The newly created RAF boys entry service was the starting point for James`s working career on leaving TRA. Designed to provide the ground staff necessary to maintain the aircraft of the growing RAF this new system offered the opportunity for the many to learn new practical skills. There was also the opportunity for a lucky few to progress to Flight Engineer onboard aircraft. Exceptional recruits were invited to become pilots. James was one of those chosen to embark on a two-year training programme which was to take him to England, the United States and Canada.

Aged twenty years and two days James began his ground-based training at an Air Crew Receiving Centre based in Lords Cricket Ground and continued in Brighton, Paignton, High Wycombe and Manchester before transferring across the Atlantic initially to Canada and then the USA. His Log Book shows his progress from flying Tiger Moths to increasingly more sophisticated and more powerful aircraft. He received his "Wings" after twelve and a quarter hours flying. On his return to the UK, He received further training before joining 607 Squadron in November 1943 at East Fortune in East Lothian, part of 17 Group Coastal Command.

On January 5th 1944 Sgt. Pilot James Davidson took off on his Beaufighter VIC JL425 on a planned training flight of three hours duration along with two other Beaufighters. His plane was seen to lose height and crashed into the sea between the Bass Rock and the Isle of May in the Firth of Forth. Neither his body nor that of his navigator, Sgt Gardner, were recovered.

James was twenty-two years and two months old. His father was to write the "James was so proud of his wings, they were to him and emblem of a hard journeys work well and nobly done."

Visitors to the Museum of Flight at East Fortune can see his Log Book on display.