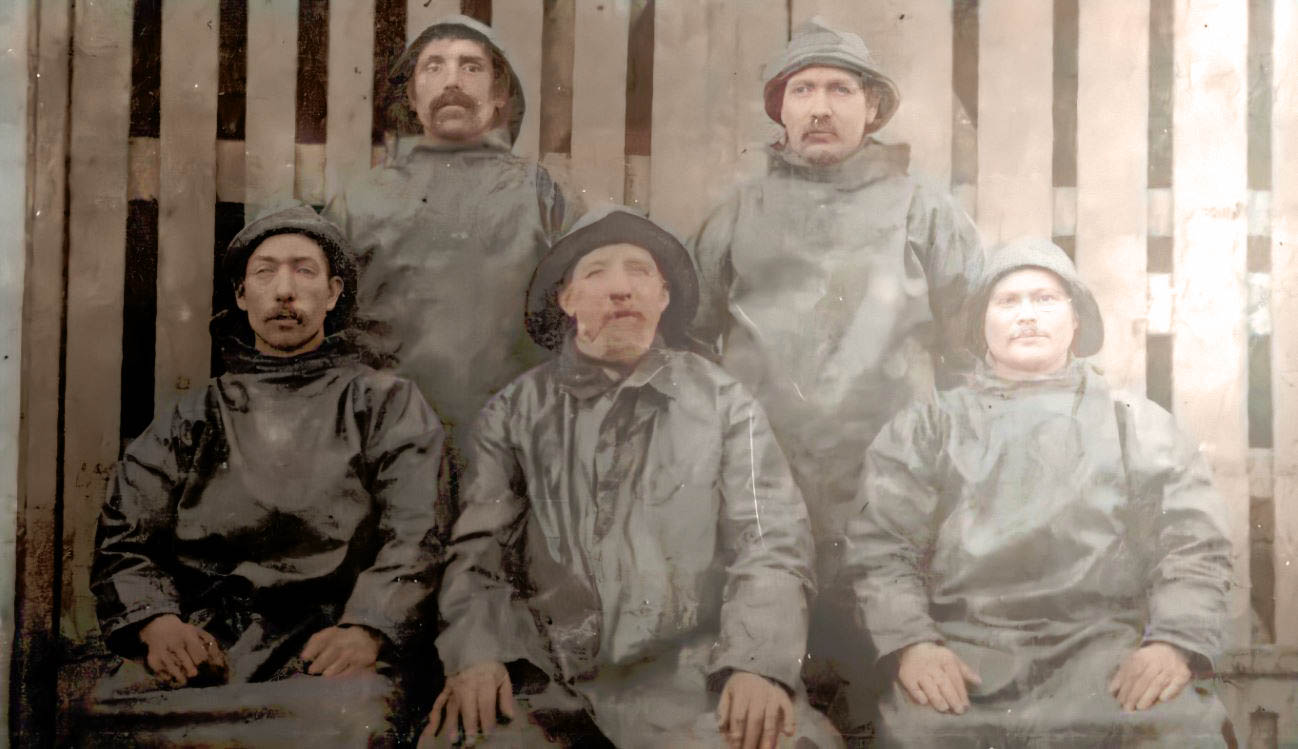 The Portmahomack Heroes and the rescue of Captain Macrae

On the night of the Saturday 3rd December 1910, the ship S.S. Sterlina and its crew of three- Captain Richard Macrae, David Mackenzie and Donald Macleod were heading down the Dornoch Firth, bound for Glasgow with a cargo of wood, when their engine failed. The ship drifted and became stuck on the dangerous sand bar called the Gizzen Briggs.

The crew, after a failed attempt to launch their ‘small boat’, sent out distress flares, and although these were seen in Tain and Potmahomack, no rescue attempt could be made due to the roughness of the sea. With the tide rising and the wind increasing the vessel began to break up and as the night set in the crew climbed the rigging and desperately tried to hold on. Captain Macrae managed to climb to the top of the mast but when he called for others to follow they were unable to do so. They said they were done and about two or three hours passed before Macleod said he was finished. Mackenzie also called out “I am done, Dick, goodbye”. He heard nothing more from them after that.

On Sunday morning one man was seen still on the rigging and fishing boats from Inver and Portmahomack headed out into the treacherous sea to attempt a rescue. After 16 sixteen hours of exposure, Captain Macrae was rescued by the Portmahomack fishing boat the ‘Auricula’ crewed by Skipper David Mackay, James Skinner, Donald Mackay, Alexander Macdonald and William Smith. The skipper thought it was unlikely they could reach the survivor but after much difficulty tacking back and fore, they managed to get a rope to Macrae, who was exhausted but still alive in the rigging.
The crew for their bravery were given rewards from the Board of Trade and the Carnegie Hero Trust and the Skipper David Mackay was given a fine set of binoculars from the Tarbat Council.