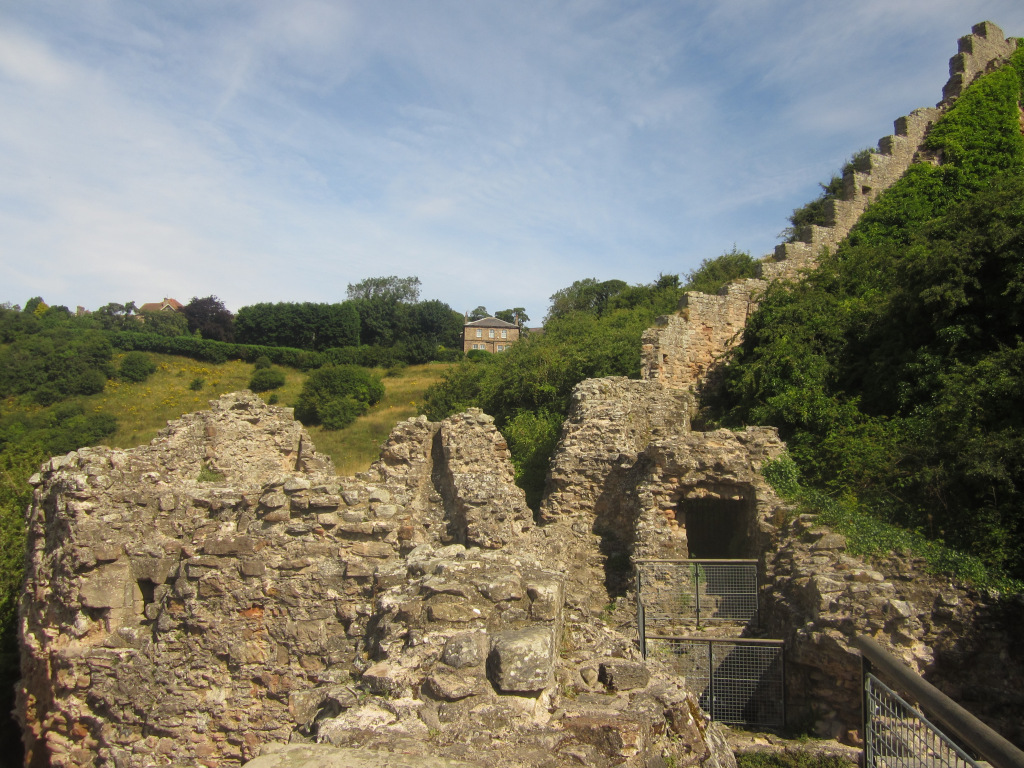 A document from the English Exchequer detailing the journey and expenses of the Earl of Ross as he returned to Scotland after years of being a prisoner of King Edward I of England.

Orders by Sir John de Drokenesford and others of the council; that the following persons escort and guard the Earl of Ross till he joins the King in Scotland.

Sir Francis and William de Whetelay and two of the King's sergeants shall lie nightly in the earl's chamber and four of the King's sergeants outside with the other company. At each town, where the earl rests at night, he shall have fire and light in his chamber. Two horse and two footmen shall keep watch all night in his chamber, and 6 of the townsmen outside. No man is to be harboured in the earl's house, save only his escort. The following are appointed by the sheriffs and mayor of London to join the earl's escort as far as Berwick, viz., Thomas Attewelle 'sergaunt a mace,' 1 horse and 1 groom; John le Cotiller, William his brother, of London, 2 horses and 2 grooms; John of Lonsdale, and Adam of Blaksale, 2 horses and 2 grooms; Walter of Henelay, 1 horse and 1 groom. Ordered; that these people's 'hostel' be kept at the King's cost till they reach him in Scotland with the earl, and their horses have hay and oats; also that the 'Londoners' return from Berwick.

Account of the expenses of the Earl of Rosse from London to join the K. in Scotland, with his retinue and horses, as in schedule attached, at the close of the 31st year.

Shireburne, Monday, 7th October: — Bread for breakfast at Wentbrug, 10d. ; herrings and cheese for those 'hungry,' 1d; hay and bread for the horses at Doncaster and Wentbrug, 11d. ; pears. 1d; hire of a hackney for the earl's harness from Blyth to Shireburne,

Thursday, 10th October: ---The King commands the constable of Berwick castle (pictured) to receive William Earl of Ross, whom Nicholas de Chilham, William de Tudenham, and Reginald le Lumbard, the K.'s valets in charge, will deliver to him, and assign the earl, his men, and these valets, competent chambers and houses within the castle. Kynlos. [Close], 31 Edw. I,m.2.

Friday, 18th October: --- Thomas 'atte Welle' and all the other Londoners and John the candle bearer, with six horses and six grooms, returned to London.

The earl and the others remained at Berwick for five days longer, till 22nd October, when the account ends.

Photograph of Berwick Castle by Graham Robson and licensed for reuse under this Creative Commons Licence.