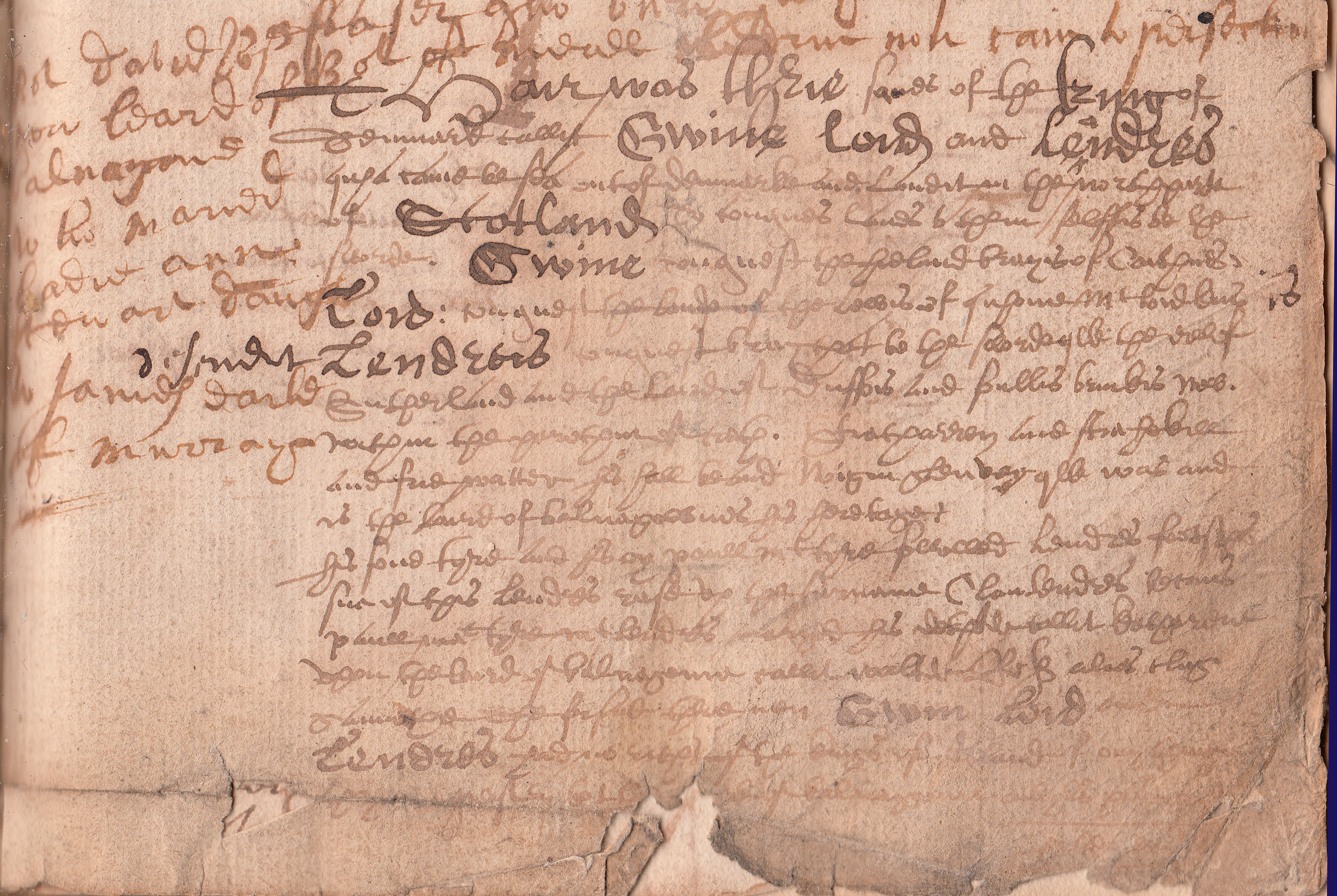 A story from the Chronicle of the Earls of Ross of the origins of the legendary Paul MacTyre.

There were three sons of the King of Denmark, called Gunn, Leod, and Leandres, who came by sea out of Denmark and landed in the northern parts of Scotland, to conquest lands for themselves by the sword.

Leod conquered Lewis, of whom the MacLeod clan is descended.

Lendres conquered Braychat by the sword; where the Earl of Sutherland, and the laird of Duffus and Foulis, now holds land within the Parish of Creich, Strathcarron, and Strathoykel, and Friewatter; his hall being within Glenbeg, where he was of the laird of Balnagown’s family.

His son Tyre, and his son Paull MacTyre, followed Lendres footsteps; so of this Lendres began the surname Clan Lendres, because Paul MacTyre Mc Lendres married his daughter, called Catharine, upon the Laird of Balnagown, called Walter Ross, alias Clugganache.

The aforesaid three men Gunn, Leod, and Lendres, had no rights from the Kings of Scotland for anything they conquered. But the Laird of Balnagown and his future was held from the Kings of Scotland, as their evidence shows.  This Paul MacTyre was a thieving man and conquered all that he had through captaincy and the sword. He took Strathoykel, Strathcarron, and Fleschillis, with large parts of Sutherland; caused Caithness to pay him blackmail. It was said that Paul MacTyre himself took nine score cows yearly out of Caithness for his blackmail, so long as he himself might travel!

This Paul MacTyre had two sons, Murdo Reoche and Gillespik. The said Murdo was sent to Caithness with an army to collect their customary cows. The country folks of Caithness assembled themselves together at the Spittal Hill, and slew the said Murdo Reoche beside the head of the loch, between Yule and Candlemas. His brother Gillespik, hearing of his brother's slaughter, left the country and went home to Ross to his father, who had founded a house at Creich. He died saddened by the loss of his son. Thereafter, his friends sent for the said Murdo Reoche's bones.