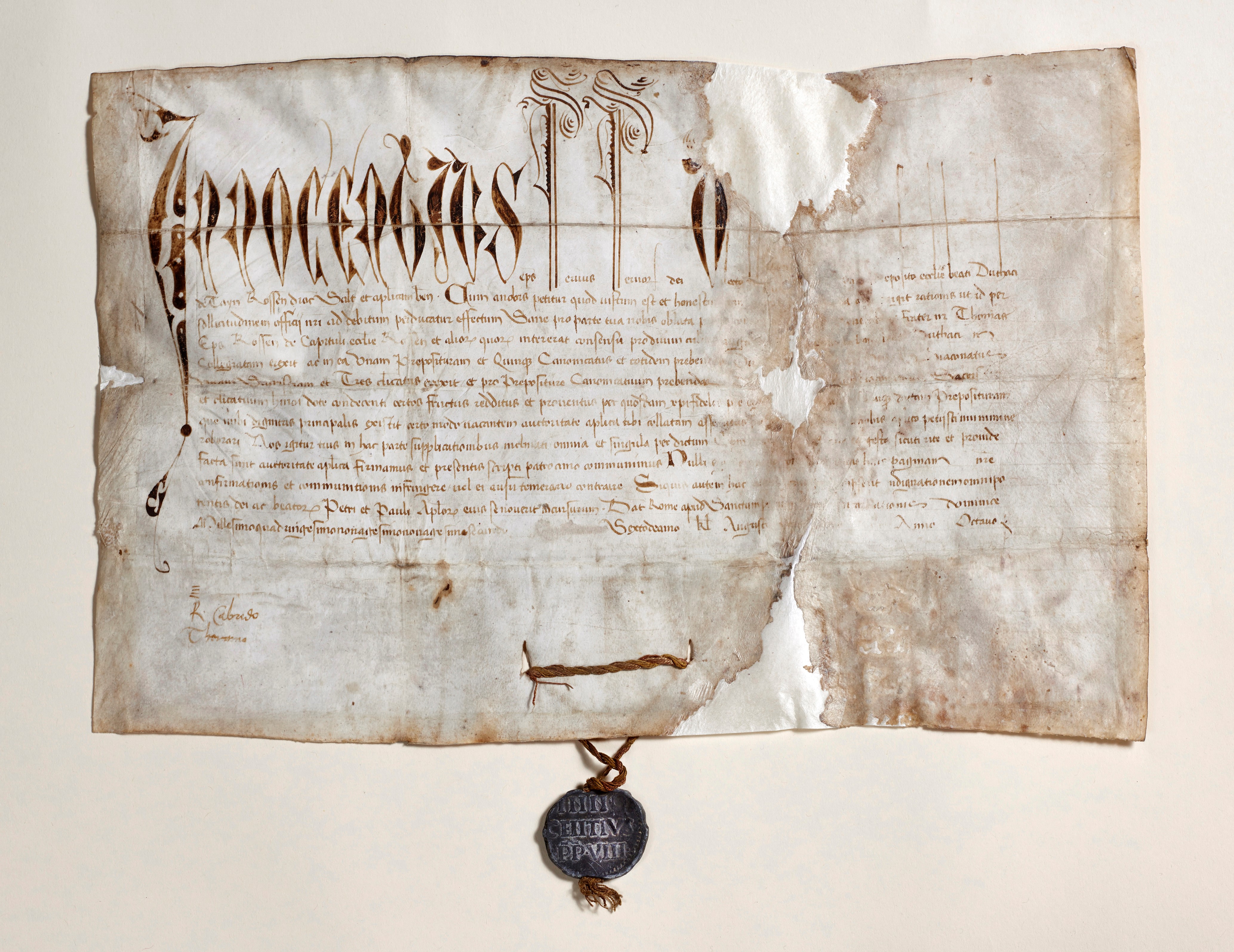 The Church of St Duthac of Tain was constructed around 1370, to house the relics of the saint and as a focus for religious devotion in the area. Such was Duthac’s reputation that Tain became a major centre of Pilgrimage and attracted the kings of Scotland to set up and endow chantries there, where the clergy were supported to offer masses for the Royal Family. In 1457 James II established such a chaplaincy and in 1482 James III followed suit.

With increasing numbers of clergy serving in the church, it began to be called, unofficially, a collegiate church – the term used for an important establishment, run by a college of clergymen. In order to regularise this, in 1487 Thomas Hay, the Bishop of Ross, at the wish of the King, James III, officially changed the constitution to form the Church of St Duthac into a Collegiate Church, giving its clergy greater independence and power as well as prestige. To complete this transformation, the request was sent to Rome for Papal Confirmation of this new status.

The Papal Bull which granted this confirmation was one of the last acts of Pope Innocent VIII (1484-1492), issued on 17th July 1492 and signed by Cardinal Secretary Alexander Farnese, who later became Pope Paul III (1334-1349). Pope Innocent was to die eight days later.

The lead seal is attached to the document by a silken cord of red and yellow strands, to show it contains matters of both justice and grace. The term ‘Bull’ comes from the Latin ‘Bulla’ referring to the lead seal.

This Papal recognition of the significance of the Church and Shrine at Tain led to the most active period of Pilgrimage to the town, encouraged by the numerous visits of James IV, of which eighteen are documented.

The fact that the Papal Bull has survived intact is remarkable, given its age and the intervening years of religious upheaval. It is a tangible witness to the importance of the Royal Burgh.

You can read a translation of the document in our Document section of our Object Collection.