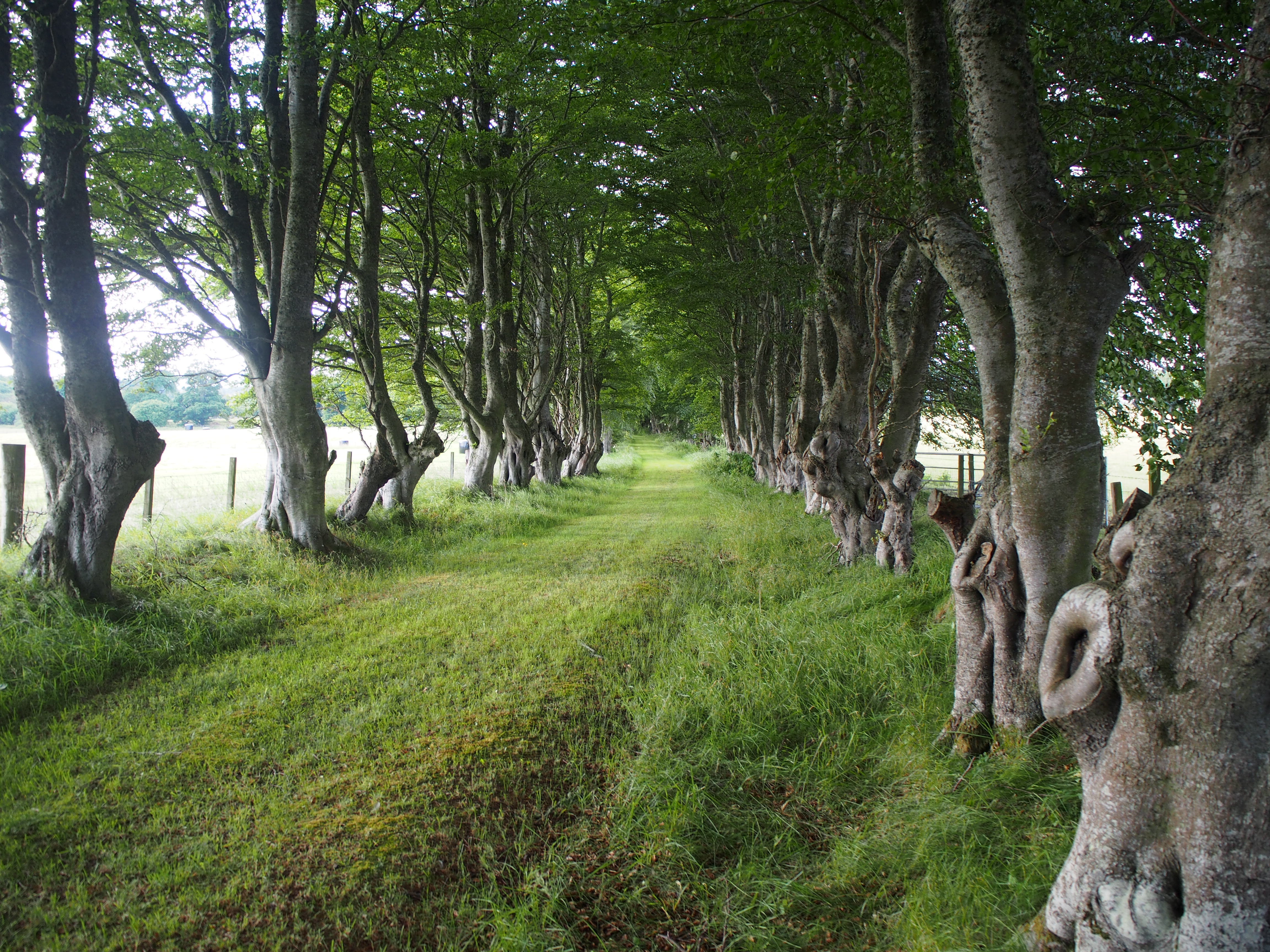 In a small notebook belonging to Miss Rosa Ross of Pitcalnie, variations of the following passage are written several times, along with some notes concerning Ardmore House in the Parish of Edderton and its connection to Clan Ross. This was not something I was aware of until reading the notebook and I thought it was worth investigating further, in an attempt to understand what Miss Rosa’s intended to write;

“The old house at Ardmore has come to an end. The last time I saw it the roof had been removed and the walls were broken and all that remains is a fine avenue of trees. I am sorry that I never went over it, in all the long years that it has stood there and I have been living so near to it but I never knew its tenants. After all, in my day it could scarcely have kept much of that original house so often mentioned in the old clan papers so evidently favoured by the lairds of Balnagown to whom it belonged.”

Documents suggest the lands around Edderton, including Ardmore, had been in Ross's hands since the 1400s but with the original Fearn Abbey being founded nearby in the 1200s, this connection could be far older still. What we do know, now, and what Miss Rosa was undoubtedly intending to write about. Is, that if Balnagown was the castle of the Chiefs of the Ross Clan, Ardmore House in Edderton was their home.

The earliest mention, I could find, of Ardmore House comes in 1577, when ‘witches’, hired by Catherine Ross, Lady Fowlis, poisoned a dinner party being hosted by young Lady Balnagown. The plot, revealed in detail during a trial, was part of an outrageous attempt to incorporate the Munro lands into Clan Ross hands. It involved; witchcraft, poisoning and attempted murder. It also ended horrifically with three of the people involved being burnt to death at Channory Point, but not Lady Fowlis.

The Calendar of Fearn' records that the most infamous of the Ross Chiefs, Alexander the IX died at Ardmore in 1592. He had been Chief of the Clan for almost 50 years and was described as, “A man of violence, utterly unscrupulous, given to raiding lands and forcing his clansmen to draw out agreements in his favour with total disregard for the law”. Although, Alexander could be considered a successful chief, returning much of the church lands of Easter-Ross to the clan. This brought him into conflict with many people and he ended up been declared an Outlaw, resigning the Chieftainship and Balnagown to his son George.

Many of the loose pages of notes in Miss Rosa’s notebook are regarding, David Ross the 13th and last of the Balnagown Rosses, ‘that strange little man’ as she describes him. She notes that he spent much of his youth at Ardmore House and often returned here in later years. There is also a testimony, given by Mr Alexander Simson tacksman at Bonar Bridge, recording the days he spent sailing up and down the ‘Firth of Tayne’ in a ‘yaul’ with the chief. David parents died when he was just a child. His mother Marie Fraser, eldest daughter of Hugh Fraser of Lovat, died at Ardmore House, on the 22nd of December 1646. His father, who there are several records of holding Baron Courts at Ardmore House, died a prisoner in the Tower of London after the Battle of Worcester.

The last incident of note was at the time of the Jacobite Risings of 1745-46. Balnagown had fallen into the hands of ‘strangers’, the Lockhart Rosses, and Dalmore House was then home of their estate manager William Baillie. He and other Ross Hanoverians managed to gather 100 men at Ardmore House from the Balnagown estates but their attempts were foiled by young Malcolm Ross of Pitcalnie, the eldest son of the Clan Chief. It seems, Malcolm, aged only 18, turned up at Ardmore House and sent them home, as can be seen in this extract of a letter from Duncan Forbes of Culloden.

“What I write this additional letter for is, to let you know, that your namesakes (The Rosses) have not, whether from knavery or folly, or a mixture of both, behaved themselves as I expected, --- they found no difficulty in raising the company, & promised to bring the men together so soon as they should have notice; which could be no sooner than we could have arms & money: when these came, they had notice and brought 100 men together; but, upon some difficulty's raised by Pitcalny's mad son, they dispersed”

As Miss Rosa’s pointed out Ardmore House is gone and nothing now remains but what looks like a very old road lined by beach trees hinting at the areas almost forgotten past.