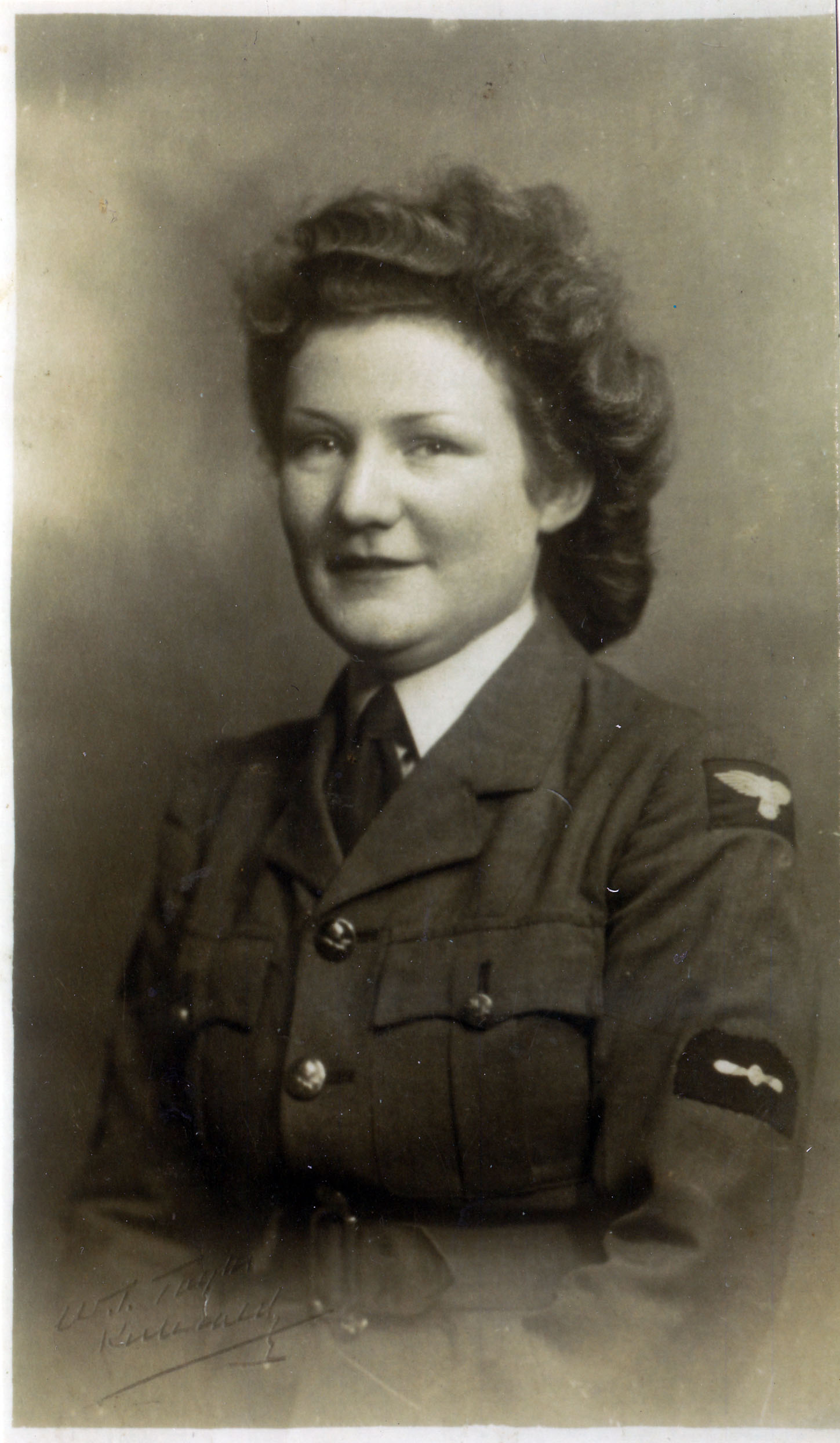 A tragic account of a Liberator Bomber crash near Helmsdale at the end of WW2 from the sole survivor Mrs Mary Cooney.

In the 1980s during an inspection of oil pipelines that run on the seabed just of the coastline of Helmsdale, underwater cameras picked up the wreckage of a large four-engine aircraft. The find was reported in the newspapers, resulting in several people getting in touch recalling stories of a liberator bomber that had crashed into the sea just south of Helmsdale and how a local fishing boat rescued the sole survivor of the crew of eight Miss Mary Maclean.

Mrs Mary Cooney nee Maclean, who sadly passed away in 2019, never forgot the kindness shown to her by the locals of Helmsdale after the crash and often returned north on holidays to visit the family of her rescuers. In 1997, together with Christina Cowie her rescuer Neil Mackey’s daughter, they gave this account of the tragic day on the 16th of April 1945.

“On the night before the accident, Mary and another WAAF decided to visit the chaps in the radio station. On their way to camp, they got lost for several hours and therefore got no evening meal, and going on duty in the morning, missed breakfast too.

While Mary was on duty in the control tower as an R/T operator during the afternoon, one of the pilots, A Harry Lewis of the RCAF called in regarding a test flight has was about to make on a Liberator which had been serviced. He was 32 years old and had been married for ten years, his wife had just had a baby boy. Some of the WAAF’s were making woolly toys for him, and it was the source of some amusement as their toy-making abilities varied considerably.    His usual crew was not available and he was trying to make up a scratch crew as it was not to be a long flight. He asked Mary and her colleague Winifred Hutchinson to come along, both for the trip and to act as Wireless Operators to check the radios. Their position in the aircraft was behind the pilots, Mary behind the first pilot Harry Lewis, and Winnie behind the second pilot’s seat.

After a normal take-off, the aircraft headed north over the sea towards Helmsdale at a fairly low altitude. It was still heading north when the pilot started checking the engines by feathering the props. There was no advance warning whatever before the port wing dropped and the plane crashed in the sea. Mary found herself in the sea, and her first impression was of absolute silence. She looked around and saw that the plane had broken in two and the Flight Engineer, whose name she did not know, was alive in the sea. He said he would go around to the other side of the plane, but as he shouted ‘Help’ she saw his arm disappear under the sea.

At the time of the crash, the Helmsdale fishing fleet was in port with the crews still on board, as they were about an hour late due to a good catch. The fishing boat Joy Lucy Cathy Mackay skippered by Neil Mackay had recently had a new engine fitted and being the fastest, was first on the scene, followed by the others. Mary had no sensation of being cold and must have been losing consciousness as she thought the outline of the fishing boat was the land and started to swim. She shouted, ‘Help’ and lost consciousness. Neil Mackay, a non-swimmer, got a glimpse of the sun shining on her auburn hair just under the surface, jumped out of the boat and got her on board. Winnie Hutchinson had also been thrown out of the plane but with extensive injuries but when taken to hospital she was pronounced dead.”

Mary spent about a month in the hospital, being treated for two broken legs and concussion, followed by a month spent convalescing in Dunrobin Castle before returning to duty at Tain.

The other seven members of the crew all died in the crash. Winifred Hutchinson, aged 24, is buried at Saltwell Cemetery in Gateshead, Durham. The rest of the crew were not recovered and there is little doubt that the four-engine aircraft that was picked up by the underwater cameras is the grave of these six young airmen of 53 Squadron.