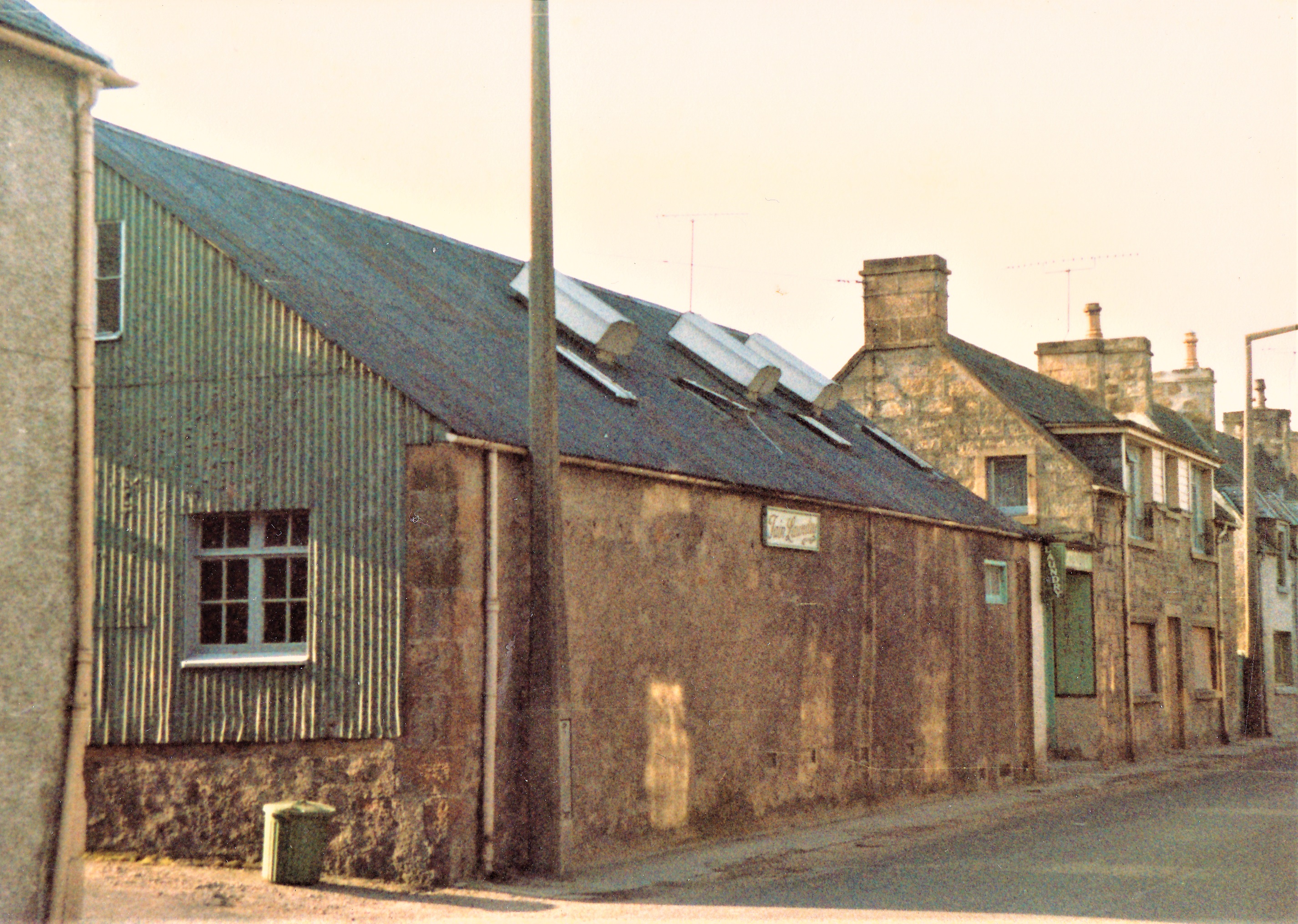 In 1921, the following advert appeared in Tain Musical Society’s Pirates of Penzance programme – “Tain Aerated Waters – A Macdonald & Coy, Aerated Waters Manufacturers, Tain.  – High-Class Table Waters.  Lemonade, Ginger Ale, Soda Water, Stone Ginger Beer, Kola, Cream Soda, Cream Strawberry, Sherbet, Orange Ale, Lime Juice & Soda, Clarette & Lemon, Ciderette, Dry Ginger Ale etc.”   Stone Ginger Beer was so-called because it came in a stoneware bottle as opposed to a glass one.  Other examples of Highland Aerated glass bottles had a glass stoppered bottle which was invented by Hiram Codd, manufacture of soda water.  This type of bottle was sealed using a glass marble which was forced onto a rubber ring by the gas generated by the carbonated contents.  Another method of closure contemporary with this was the ceramic swing stopper held on by wire bails.

Another advert in the same 1921 programme contained this announcement – “The Tain Steam Laundry – A Macdonald & Coy beg to announce the opening of the above Laundry on or about the 28th of May, 1921.  The Laundry will be equipped with the most up-to-date machinery, and all orders will receive personal supervision.”  From this point on both concerns were operated jointly by Alastair Macdonald as proprietor in adjoining buildings in Laundry Lane with the Laundry part also bordering Academy Street.  Both the products from the Aerated Water Works and laundered items were delivered to a large area, at least from Cromarty to Helmsdale.

I’m not sure of the exact date when the aerated waters section was closed but it must have been the late 1940s-early 1950s and its closure enabled an expansion of the laundry, which at one time became the largest employer in the area, serving the hotels, shooting lodges and big houses of the north.  Then in 1958 the premises were linked up with a 19th-century house next to it on Academy Street and used as the laundry offices.  After World War 2 the laundry was converted to oil-fired boilers from solid fuel, and it was the high price of oil that eventually forced the laundry out of business in 1977.

Alexander Wilson Macdonald, for some reason always known as Alastair, as well as being a proprietor of two important industries in Tain, served on the Council and was Provost from 1954 to 1958. Given Tain’s love of by-names, he was variously known as “Bagwash” from the large cotton bags in which the laundry was collected, and “Soda King”, reflecting the other string to his bow.  He usually employed managers to run the laundry and aerated waterworks.  In 1929 he advertised for a “Manageress” for the laundry.  At that point, the laundry was employing “20 hands”.  The numbers had grown substantially by 1946.  The museum has a large photo taken in June of that year showing Alastair MacDonald with 39 staff.  Of these, only two 2 of the men who worked in the Aerated Water Works are shown, the rest are laundry staff.

For the most part, I think there would be separate managers for the two concerns.  However, Wattie Louden in one of his articles in Issue 10 of TDPP (April 2001), mentions a “Johnnie Moir, foreman of both laundry and lemonade works”.   Certainly, there would only have been one manager after the aerated water works closed.

Most Tainites who have memories of the laundry will associate it with Douglas Walker. Douglas was manager from 1957 when he took over from Barry Allen’s father when the family moved away (to Liverpool if I remember correctly).  Barry remembered fondly his years in Tain and was a regular contributor to TDPP.

First the “Check Room” [articles received for laundering were presumably initially checked to assess how they should be treated and also in case there was any damage etc. prior to washing so the laundry would not be held liable]; next they were washed; then put into a Hydro-extractor which partially dried them; colanders ironed them and they were passed onto a table where they were folded (if marked they were sent back for re-washing); this washing process was used for sheets, pillowcases, towels etc.; the girls were also shown how clothes were dry-cleaned and how different stains were treated; they also saw a machine which automatically folded shirts;  all articles were carefully checked before being parcelled ready for delivery.

Also, I can think of no better way to convey the importance of Tain Laundry, and the part it played in the life of Tain than to reproduce in full a letter sent (to the Ross-shire Journal?) by Cathie Knitter, 13 Viewhill Crescent,  at the time of the laundry’s demolition –

"Sir, The roof has gone, the walls are coming down, in fact, they are taking it away and every time I pass the site I feel sad.

I am writing about the old Tain Laundry and I could not let it go without a wee word of Goodbye.

Over 20 years of my working life was spent there – good times and bad, happy and sad.  It was so essential to so many people, many of them dead now, many scattered all over the world.  If TV had a “This is Your Life” for places, they could not afford to gather together all who had been connected to or depended on, the old laundry.

Always a busy place, but especially so when the Fleet used to visit Invergordon regularly and a vital place during World War II, when washing was done for the Forces of Britain and many other nationalities who were stationed in and around Tain.

In its day it was as important to all of Ross and Cromarty, aye and Sutherland too, as the Smelter was yesterday, or even Nigg is today.  Hotels, humble homes and stately homes, boarding houses etc., all depended on the Tain Laundry and I am sure all who worked there at one time or another would agree with me that if these walls could speak, the stories they would tell would be better than a series like “Coronation Street”.

Yes, “Truth is stranger than fiction.”  Tain has changed so much in the last few years that it will be hard for coming generations to keep tabs on what is happening and it is sad to see old places go.

So goodbye old Steamie, old Laundry with this old verse –

Those days, those scenes have passed away,

And many changes come,

In some respects, we dare to say,

Yes, Tain Laundry and Lemonade Works are no more, the only evidence of their former existence is in the name “Laundry Lane”.  In their place is a nice little sheltered housing complex called Murray Place.   However, Tain once more has a laundry establishment located on Shore Road, appropriately named “The Shore road Laundry”.