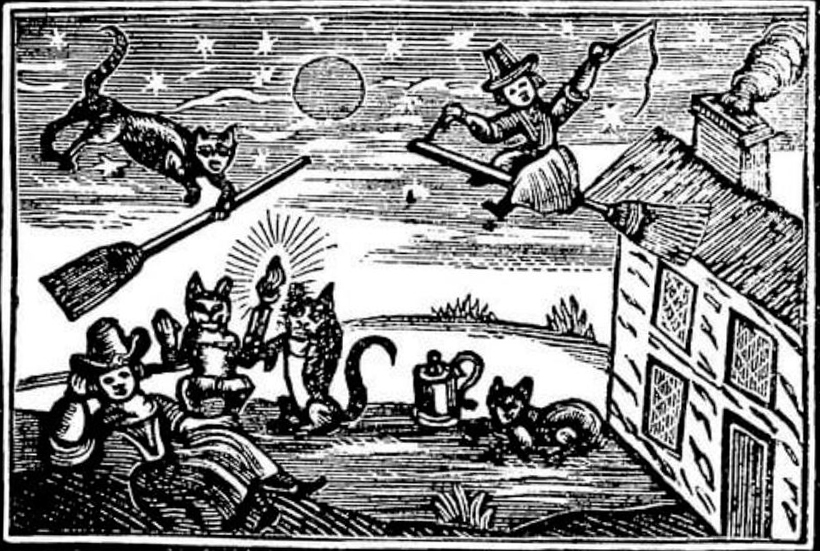 A short story from our Friday Fun articles.

“I am happy to be able to show how one evangelical Presbytery, that of Tain, at the beginning of the eighteenth century, dealt with accusations of witchcraft. In 1713, a man in Kincardine became possessed with the idea that a woman there frequently dragged him out of his bed, to hunt him with cats, dogs, and other wild creatures, while at the same time depriving him of the power of speech to make known his sufferings; and he employed three men to administer an oath of purgation to the woman, imprecating all the curses of the Bible upon herself if she used any practices or bore any malice against him.”

The Presbytery simply advised the session publicly, to rebuke the parties for their “cherishing of heathenish superstition”.

From William Taylor’s ‘Researches Into the History of Tain’.