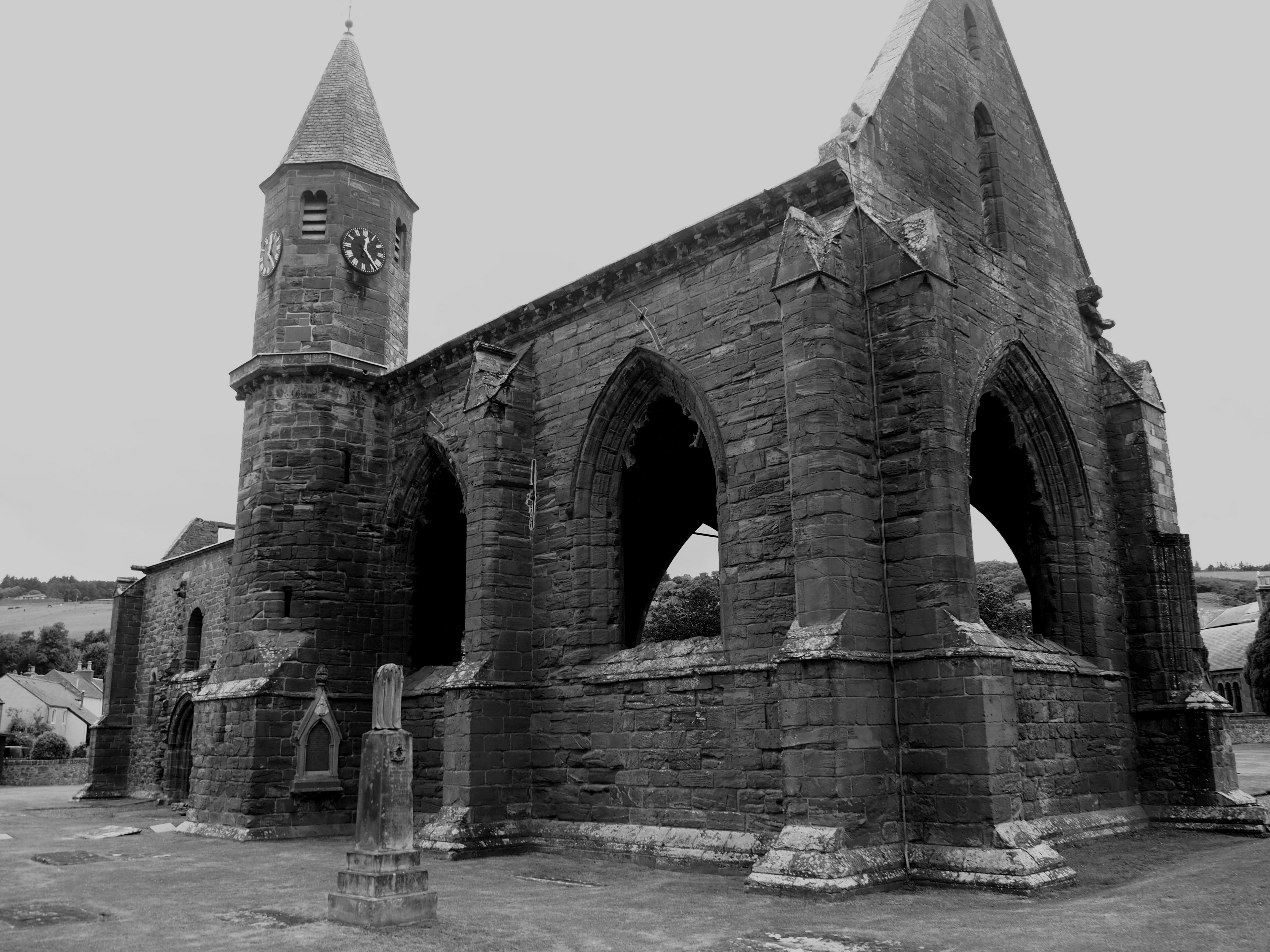 ‘Katherine Ross Lady Fowlis, you are accused, of the unnatural abusing of yourself, contrary the laws of God, and exercising and using yourself most ungodly and wickedly, by perverse enchantments, Witchcraft, Devilry, Incantations and Sorcery, with the craft of poison’

The passage above was part of the opening statement during the infamous witchcraft trial of Catherine Ross which took place at Fortrose Cathedral, on the 22nd of July 1590. Catherine, who was the second wife of Robert Munro the chief of the Munro Clan, was accused of using poison and witchcraft in 1576 and 1577. Her intended victims were Marjory Campbell, the young wife of her brother, George Ross, of Balnagown, and her stepson Robert Munro. This was, seemingly, to aid her brother George Ross to incorporate the Munro of Fowlis lands in his hands. The information on the case comes from ‘Pitcairn's Criminal Trials in Scotland’ which contains details of twenty-nine accusations against Catherine Ross, where she is accused of consulting with fairies, using witchcraft and poisons in to attempt to kill her proposed victims.

The first and perhaps the strangest accusation against her took place at the house of Christian Ross Malcomson. Lady Fowlis and Christian together with the ‘Tain Witch’ Marjory Nein McAllister, alias Lonskie Loncart was accused of attempting to cast a Voodoo-like curse on her intended victims;

‘In the first, you  are accused, for the making of two images of clay, in company with the said Christian Ross and Marjory Nein McAllister alias Lonskie Loncart, in the said Christian Ross’s western chamber in Canorth; one made for the destruction and consumption of the young Laird of Fowlis, and the other for the young Lady Balnagown; to the effect that one of them should be put at the Bridgend of Fowlis, and the other at Ardmore, for the destruction of the said young Laird and Lady: And this should have been performed at Alhallowmes, in the year of God 1577: These two pictures, being set on the north side of the chamber, the said Loskie Loncart took two elf arrowheads and gave one to you Katherine, and another the said Christian Ross Malcomson held in her own hand; and you shot twice with the said arrowhead, at the said Lady Balnagown, and Loskie Loncart shot three shot at the said young Laird of Fowlis.’

The spell did not seem to have the desired result and although more 'elf arrowheads' were purchased and another attempt at a similar spell was made, many of the other accusations are regarding Lady Fowlis’ attempts to make, purchase and use poisons. She is accused of buying various poisons and a 'box of witchcraft' from William MacGillvray-dam and sending a jar of poison with her nurse to attempt to poison many of the leading figures of the Munro Clan and their bairns. These attempts were said to have only resulted in; ‘the cruel slaughter, by your craft of poison, of Marie Murdoch More’s daughter, your nurse, who died after the tasting from the jar of poison, which was sent by you.’

When Lady Fowlis accomplices were arrested on charges of 'magic enchantment, murder, homicide, and other horrible crimes,' and very likely tortured into confessing the whole affair, she is said to have fled to Caithness to avoid arrest for almost a year. Christian Ross, Agnes Roy and William Macgillivray stood trial for witchcraft "within the Cathedral Kirk of Roiss," on the 28th of November, 1577, where they were found guilty and sentenced to be burnt to death.  Lady Fowlis' trial for witchcraft did not take place until thirteen years later and only after the death of her husband Robert Munro. It is no surprise that a jury packed with Rosses and Munro's, and with the next case being heard that day being an equally bizarre counter-accusation of witchcraft against her accuser Hector Munro of Fowlis, she was found innocent of all the charges.

(According to William Taylor in his 'Researches Into the History of Tain', the nickname, Loskie Loncart, appears to be a Lowland pronunciation of the Gaelic Loisg an Ladar, i.e., " Burn the Ladle" — a sufficiently appropriate epithet for a reputed witch, who was probably an old woman accustomed to make " broth," perhaps also medicinal or poisonous decoctions, of wild herbs. William MacGillivray-Dam is probably Damh, which, in Gaelic, means not only an "ox," but also a native "doctor" or " herbalist.")