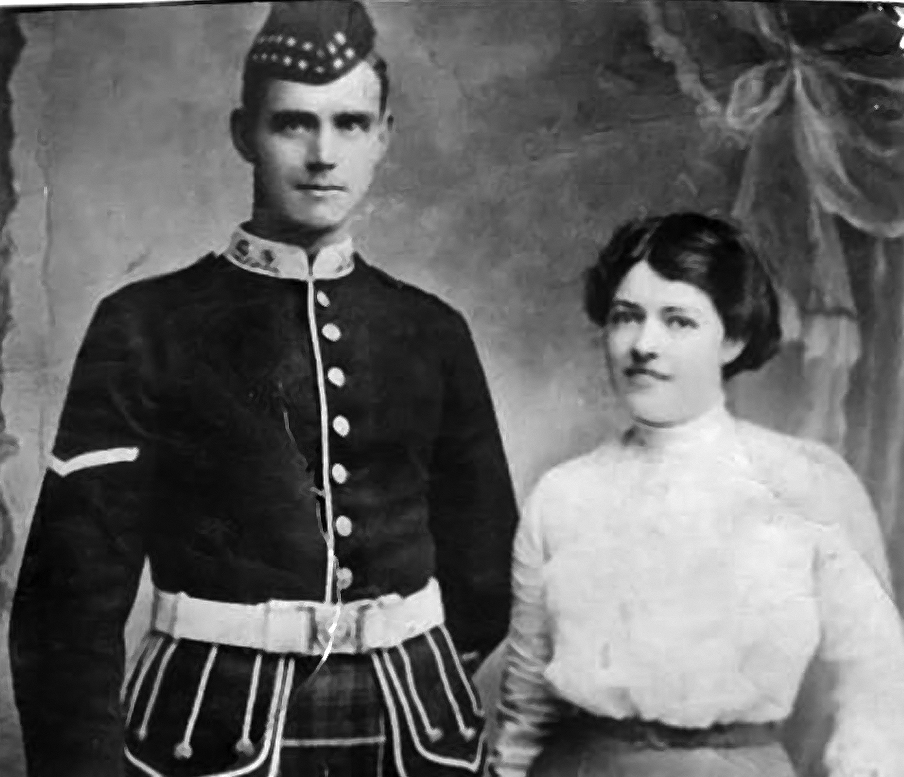 William was born at Thurso and moved with his parents to Easter Ross. He enlisted in the Seaforth Highlanders at Fort George and was sent to France shortly after the outbreak of war. L/Cpl William Sutherland’s family of six brothers and one sister all served their country. He reported for duty with his regiment, the 2nd Seaforth’s, on the 23rd of September where the men were engaged at Bucy Le Long in Northern France. The regiments diary for the 24th reads “ Continued improving trenches & communications, Lovely weather, Very little firing at us, Heavy engagements at night both on our extreme left & on the right-- Casaulties 1 man Killed. ” Tragically William was killed after only one day at the front, we learn from the newspaper that he had been promoted to Corporal for his bravery in saving his Sergeant's life. L/Cpl Sutherland was the first man listed on the War Memorial to die..