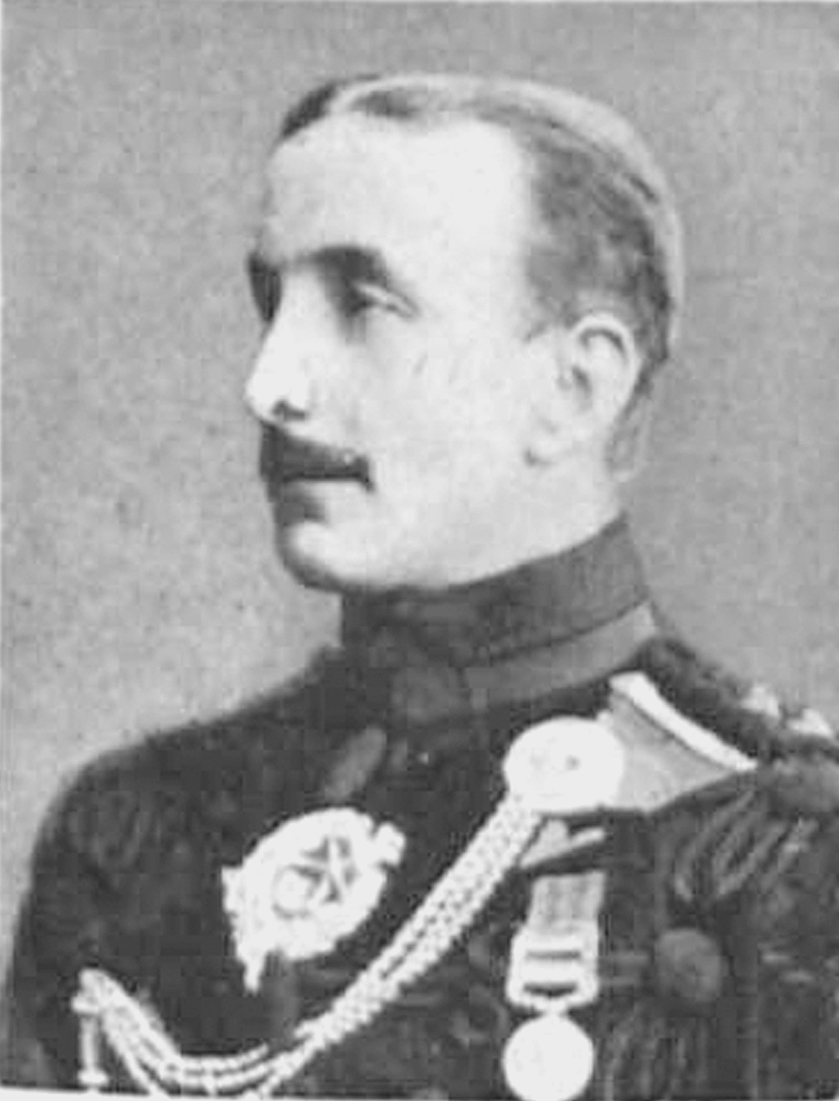 MAJOR ARTHUR YOUNG, p.s.c. 1st GURKHA RIFLES. BRIGADE MAJOR GURHWAL BRIGADE, born at Dhanusala, Punjab, on the 3rd December 1876, was the son of Colonel G. Young, late Commanding 1st Gurkha Rifles. His brother is Captain G. H. Young, 38th Dogras. Major Young. who was educated at Blairlodge School, Polmont, Stirlingshire, and the R.M.C. Sandhurst, from which he was gazetted to an unattached 2nd Lieutenancy in August 1890 and was appointed to the Indian Army in December 1897. He was attached to the Gordon Highlanders at Rawal Pindi, and served with them in the Tirah Campaign of 1897-98, being present at the actions was promoted Lieutenant in January 1899, and Captain in August, l900's. Major Young passed out of the Staff College, in December 1910, and was appointed Brigade Major of the Garhwal Brigade in June 1912, in which capacity he was serving in the Great War. Having reached Field Rank in August. 1914. he was killed when returning from shelter trenches on the 14th December 1914. For his services, he was mentioned in Sir John French's Despatch of the 14th January 1915..